A Monument for the Soldiers

The father of James Whitcomb Riley (1849–1916) wanted him to become a lawyer, but his studies never amounted to anything. Instead, Riley discovered his talents lay in entertainment, especially poetry. As his fame grew, Riley toured the country, where he became noted for his ability at reciting his own verses. Often, he would recite his Civil War-themed poetry to veterans’ groups like the Grand Army of the Republic. He gained two nicknames: “The Hoosier Poet,” because his work often centered around his Indiana upbringing and employed Hoosier dialect; and “The Children’s Poet,” because children were the intended audience of much of his work. This rather different poem (1892) was adopted in the campaign to build a Soldiers and Sailors Monument in Indianapolis.

This poem asks directly about the relation between the materials and form of a soldiers’ monument and the once-living flesh-and-blood soldiers being memorialized. What do you think of the answers the poem gives (in verses 2 and 4) to the questions it asks (in verses 1 and 3)? What meaning can—and should—the monument lend to its subject and to the deeds of the men that it memorializes? What does the poem suggest is the most fitting image for conveying that meaning? What does it imply that any such monument should do, and for whom? What do you think a monument should do and for whom?

A monument for the Soldiers!
And what will ye build it of?
Can ye build it of marble, or brass, or bronze,
Outlasting the Soldiers’ love?
Can ye glorify it with legends
As grand as their blood hath writ
From the inmost shrine of this land of thine
To the outermost verge of it?

And the answer came: The figures
Shall all be fair and brave,
And, as befitting, as pure and white
As the stars above their grave!
The marble lips, and breast and brow
Whereon the laurel lies,
Bequeath us right to guard the flight
Of the old flag in the skies!

A monument for the Soldiers!
Built of a people’s love,
And blazoned and decked and panoplied
With the hearts ye build it of!
And see that ye build it stately,
In pillar and niche and gate,
And high in pose as the souls of those
It would commemorate! 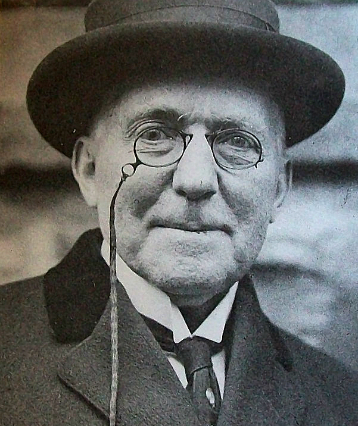