In this story from 1897, Maine novelist and short story writer Sarah Orne Jewett (1849–1909) explores different attitudes toward the Fourth of July among members of a group of workmen who, on July 3rd, are shingling the roof of a new country house outside Boston. Most of the men hail from Boston, to which they are eager to return. The old-timer in the group, Abel Thorndike, lives nearby in the local village, and differs from the others also in his way of celebrating the Fourth.

How does Thorndike’s celebration of the Fourth differ from that of the others? What do you think accounts for the difference? According to the title, he is a village patriot, rather than the village patriot: Does this perhaps suggest that patriotism is influenced by place, and that patriotism in villages differs from—and might be deeper than—patriotism in cities? Consider the “bookends” of the story, the beginning and the end, which take place with the men at work. What is the relation between work and the Fourth of July and between work and patriotism? What is the difference between a day off and a holiday? Which is the Fourth of July for you? What do you regard as the best way to celebrate it?

Six men were going home from work together. They had been shingling the south gable-end of a new country house, and the owner, a Boston man, had just telephoned down that everybody might knock off work at three o’clock so that those who wished could take the four o’clock train to town. Most of the gang did wish this before the Fourth of July and they were nearly all Boston men who had been sent down by the building contractor. The six shinglers came down their ladder and walked away together. Jim Fisher had his bicycle, but he trundled it along by hand and walked with his mates. They could still hear hammers knocking in the great house where some of the boys were lingering to end off part of the standing finish in one of the lower rooms. Work was being rushed and they had set themselves a stint, and loyally stood by to close the thing just right.

“I never saw a house put together so quick,” said a sober-looking fellow named Allison to Jim Fisher, who turned to look back. “Quick’s a room’s parted off, on go the laths, and before the lathers get out the plasterers step in. Wonder the paperers don’t chase them right round the four wet walls.”

“Takes some folks a good while to find out that it’s just as cheap to pay twenty men one day as ’tis to pay one man twenty days,” said Jim Fisher.

“There ain’t many bosses can handle a large crew to good advantage,” said a wise round-shouldered old man who wore spectacles at his work and liked a good political argument at noon over his dinner pail. He was the only one of the six who lived in the town, and Charley Burrill had boarded with him all the spring. Charley Burrill was a brisk-looking Boston fellow who did a first-rate week’s work and dressed himself with noticeable smartness on Sunday.

“You’re right there!” said this young man; “trouble’s apt to be with the boss. Last job I was on, we were standin’ round most of our time waitin’ an’ tumblin’ right over one ’nother. Men come down from the city with all their solder furnaces an’ riggin’ to do a piece o’ the roofing before the roof was boarded. There was one of ’em used to practice ‘Anne Laurie’ on a cornet under the stone shed, an’ miss the same note every time, till one day a fellow went down out o’ the third story to break the old toot horn over his head.”

“Wish I was a boss,” said Jim Fisher, cheerfully.

“No, you don’t; not that kind,” said old Thorndike. “Tell you I’m older’n you boys be, and I’ve noticed ever since I was a boy myself that folks always done well that done their fair day’s work, an’ all died poor that had a spell o’ thinkin’ they were goin’ to get rich out o’ shirkin’. Nothin’ for nothin’s a pretty safe rule.”

“No, I ain’t, sir,” answered Abel, good-naturedly. “My ambitions all run toward practicin’. I’m goin’ to celebrate the Fourth o’ July, though; perhaps you ain’t aware it comes to-morrow, or do you have a special one o’ your own up to Boston?”

“What are you going to do, elder?” demanded Jim Fisher. The six men had fallen into single file along the narrow footpath, but Fisher stopped and let the rest go by.

“What be I goin’ to do?” repeated the old man, a little confused and glancing at Charley Burrill. “Well, sir, my folks can celebrate as well as anybody round here, but ’twould seem plain to Boston folks.”

“Don’t let Charley spoil his nice new clothes with snapcrackers,” said Jim, and Charley Burrill blushed as was expected. He had said early in the day that he was not going home for the Fourth, and they all knew the reason. They had come to a turn in the road and Jim Fisher sprang on his wheel and whirled away, leaving everybody to plod behind.

“Be careful, Charley!” he shouted, and young Burrill shouted gayly back as he went down the lane with Abel Thorndike. Thorndike’s house was on the river bank, and there were some apple-trees by it and a little flower-garden in front. As the two men came to the gate a pretty girl looked out of the window and threw her sewing on the table and came out to meet them.

Abel Thorndike sat on his doorstep after supper, reading the “Life of Washington.” The younger members of his household were leaning over the gate talking and looking at the river.

“My pity sakes!” exclaimed Mr. Thorndike, with enthusiasm. “Just see what a man Washington was! Here it is in his great address: ‘Watch your majorities as carefully as if they were kings,’ says he: why, General Washington was a prophet!”

The young lovers turned a little embarrassed at being interrupted, while the old carpenter took off his spectacles and laid down the big book with an impressive air. Charley began to think that they had better walk down the lane.

“Here ’tis Fourth o’ July again, and how few folks thinks what it all means,” said Abel. “I don’t want to waste as good a day as there is in the year. I always feel as if I ought to go to meetin’ part o’ the day, and sit and think about my country and them that give it to me.”

“We’re sober enough Decoration Day,” said Phebe. “Why, father, we ought to be gay’s we can Fourth o’ July; there’s a time to rejoice, ain’t there? I’ve got your flags all ready to put right out in the morning anyway.”

“Don’t you be scared, Phebe!” said the old man. “I’m goin’ to rejoice. What have you two young creatures got in mind to do? I don’t expect you’ll want me to go along anyway,” and he smiled at them with open recognition of a happy fact of which they fancied him quite unconscious. They were not used to the happiness of being lovers, and his face just then seemed the kindest face in the world.

“I’ve spoken for a team,” said Abel, innocently. “I knew Charley’d want one and you have to speak a long while beforehand to get the best, such days. I’m goin’ to give ye both a first-rate ride in the afternoon an’ in the evenin’ I shall want Charley to help me with my fireworks. I’ve done so well working all the spring on this good job that I’ve got plenty o’ money to fool round a little. There’s some boy left in me yet, old’s I be. Some years in the past I ain’t been able to have anything but a good bonfire, but I’ve always had that.”

“It ain’t a bit o’ harm to have a little pleasurin’; a good deal of a man’s life has to be kind of dull,” reflected Abel Thorndike, as he stood at the gate and watched the young couple drive away. They had called to him in distress when they found the one pleasure carriage which he allowed himself the summer through was a single-seated buggy. Charley Burrill shouted for the stable boy who was running up the lane. “You’ve made a mistake!” he said.

“No, no, ’twas just as I ordered; you can go by yourselves to-day,” and the father looked from one face to the other. “I was young myself once, and I ain’t ready either,” he added, by way of final excuse.

Phebe put her arm round her father’s neck and kissed him; she looked more like her mother than usual that day. And Abel Thorndike felt a sudden pang of loneliness.

“There, there! you go off and find some nice roads up country; I don’t expect to see you till supper time an’ we’ll make a light supper anyway after our good dinner o’ lamb an’ green peas, ’tis my great treat,” he said. “An’ after dark we’ll touch the fireworks off. I shall be glad to set an’ rest an’ read my ‘Life o’ Washington’ an’ I may get a nap!”

Burrill ventured to laugh, but he had a new understanding of the happiness of holiday making, and started off gayly to make the most of his afternoon.

Early that evening they watched an eager crowd assembling on the opposite river bank.

“You see they always expect something from me,” said old Abel, apologetically. “This year I’m goin’ to surprise ’em. Some say it’s foolish to burn up money so, but folks about here don’t have the interests they do in Boston, an’ ’tis one way to enjoy themselves. I used to think when I was a boy and my folks were pinched an’ poor, some day I’d get ahead an’ then nobody should forget the Fourth where I was. ’Tain’t no common day, an’ I ain’t goin’ to behave as if I thought so. Phebe says you’ve given her an elegant time this afternoon, an’ she’s come home happy’s a queen. I feel grateful to see her so happy, and now we’ll fetch those boxes out o’ the shop an’ touch things off an’ celebrate extra this year. Folks say my fireworks always looks so pretty, all double an’ shinin’ in the river.”

Next day the shingling gang was at work again, and all the hammers going inside and outside the great house.

“What did you do yesterday?” somebody asked Jim Fisher.

“Oh, nothing particular. I didn’t spend a cent an’ ’twas too hot to go off anywhere on my wheel,” said Jim, despondently. “’Tain’t much of a day after you’ve got past snap crackers.”

“You ought to have seen the way they celebrate down here,” announced Charley Burrill, proudly. “Best Fourth I ever had!” and he and Abel Thorndike did not look at each other, but their hearts seemed to touch.

“I always read a good long chapter in my ‘Life o’ Washington,’” said old Abel, as he reached for more nails. “Trouble is, you young fellows don’t half know what a country you’ve got behind you.” 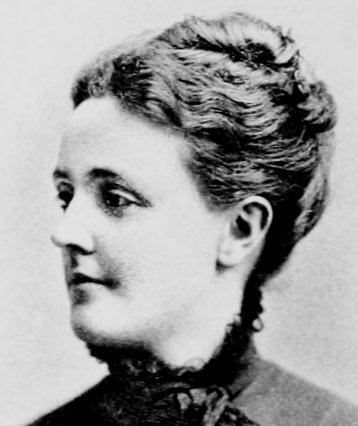