Address to the Brooklyn 14th Regiment

As noted in our “Short History of the American Flag,” it was the Civil War that gave the flag its iconic national status. And the appeal to the flag began early in the war. Henry Ward Beecher (1813–87), a prominent 19th-century American clergyman, social reformer, abolitionist, and brother of Harriet Beecher Stowe, made these (excerpted) remarks to the Brooklyn 14th Regiment, bound for the battlefield in 1861.

Why is the flag not just a “painted rag”? What, according to Beecher, does the flag symbolize? How, concretely, does it do so? Imagine yourself a member of the Brooklyn 14th, bound for battle in the Civil War: What is your reaction to this speech and its view of the national flag?

“Thou hast given a banner to them that fear thee, that it may be displayed because of the truth.”—Psalms 60:4

From the earliest periods nations seem to have gone forth to war under some banner. Sometimes it has been merely the pennon1 of a leader, and was only a rallying signal. So, doubtless, began the habit of carrying banners, to direct men in the confusion of conflict, that the leader might gather his followers around him when he himself was liable to be lost out of their sight.

Later in the history of nations the banner acquired other uses and peculiar significance from the parties, the orders, the houses, or governments, that adopted it. At length, as consolidated governments drank up into themselves all these lesser independent authorities, banners became significant chiefly of national authority. And thus in our day every people has its peculiar flag. There is no civilized nation without its banner.

A thoughtful mind, when it sees a nation’s flag, sees not the flag, but the nation itself. And whatever may be its symbols, its insignia, he reads chiefly in the flag the government, the principles, the truths, the history, that belong to the nation that sets it forth. When the French tricolor rolls out to the wind, we see France. When the new-found Italian flag is unfurled, we see resurrected Italy. When the other three-colored Hungarian flag shall be lifted to the wind, we shall see in it the long buried, but never dead, principles of Hungarian liberty. When the united crosses of St. Andrew and St. George, on a fiery ground, set forth the banner of Old England, we see not the cloth merely; there rises up before the mind the idea of that monarchy.

This nation has a banner, too; and until recently it streamed abroad men saw day-break bursting on eyes. For until lately the American flag has been a symbol of Liberty, and men rejoiced in it. Not another flag on the globe had such an errand, or went forth upon the sea carrying everywhere, the world around, such hope to the captive, and such glorious tidings. The stars upon it were to the pining nations like the bright morning stars of God, and the stripes upon it were beams of morning light. As at early dawn the stars shine forth even while it grows light, and then as the sun advances that light breaks into banks and streaming lines of color, the glowing red and intense white striving together, and ribbing the horizon with bars effulgent, so, on the American flag, stars and beams of many-colored light shine out together. And wherever this flag comes, and men behold it, they see in its sacred emblazonry no ramping lions and no fierce eagle; no embattled castles, or insignia of imperial authority; they see symbols of light. It is the banner of Dawn. It means Liberty; and the galley-slave, the poor, oppressed conscript, the trodden-down creature of foreign despotism, sees in the American flag that very promise and prediction of God: “The people which sat in darkness saw a great light; and to them which sat in the region and shadow of death light is sprung up. . . .”

In 1777, within a few days of one year after the Declaration of Independence, and two years and more after the war began, upon the 14th of June, the Congress of the Colonies, or the Confederated States, assembled, and ordained this glorious National Flag which we now hold and defend, and advanced it high before God and all men as the Flag of Liberty. It was no holiday flag, gorgeously emblazoned for gaiety or vanity. It was a solemn national signal. When that banner first unrolled to the sun, it was the national symbol of all those holy truths and purposes which brought together the Colonial American Congress! . . .

Our flag means, then, all that our fathers meant in the Revolutionary War; it means all that the Declaration of Independence meant; it means all that the Constitution of our people, organizing for justice, for liberty, and for happiness, meant. Our flag carries American ideas, American history and American feelings. Beginning with the Colonies, and coming down to our time, in its sacred heraldry, in its glorious insignia, it has gathered and stored chiefly this supreme idea: Divine right of liberty in man. Every color means liberty; every thread means liberty; every form of star and beam or stripe of light means liberty: not lawlessness, not license; but organized, institutional liberty,—liberty through law, and laws for liberty! . . .

1 A long narrow banner or streamer borne upon a lance. Return to text. 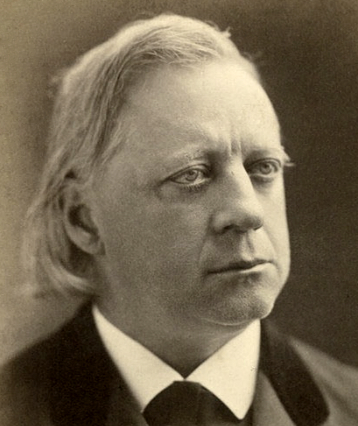