Many Americans today, no less than in times past, are immigrants—or children of immigrants—who live between the culture of their homeland and the culture of their new home to which they are, sooner or later, assimilated. This story, written in 2004 by Los Angeles-born Cuban American novelist and journalist Ana Menéndez (b. 1970) shows the way a Cuban immigrant family dealt with this cultural “doubleness” around the peculiarly American holiday of Thanksgiving. The daughter of Cuban exiles, Menéndez has written four books of fiction, earning a Pushcart Prize, and has worked as a columnist for the Miami Herald.

What was the original attitude of the Menéndez family toward Thanksgiving? Why did they strive to transform the holiday and give it a Cuban flavor? How successful was this effort at transformation? What happened over the years to this family and its Thanksgiving traditions—and was it inevitable? What do you make of the author’s prayer at the last Thanksgiving she recounts? Has the holiday served to make these immigrants more American? More grateful?

We called it “Tansgibin” and to celebrate, we filled our plates with food that was strenuously—almost comically—Cuban: black beans and rice, fried plantains, yucca. Back then we didn’t know enough to know we were being ethnic, much less trendy. This was simply the kind of food we ate, secure in our culinary superiority, and heirs to a long kitchen tradition that expressed everything from annoyance (“You’re making my life a yogurt”) to ubiquity (“Like parsley, he’s in all the sauces”) in terms of food. Thanksgiving, in our own small context, seemed the perfect holiday. And if we were a bit embarrassed at not having invented it ourselves, we went about transforming it with the religious zeal of people finding themselves suddenly, woefully, far from home.

At the center of the party was, of course, the pig. In the early years, when my parents still dreamt of returning to their island, Tansgibin was celebrated, as were all major holidays in Cuba, with roasted pork. This was a time when the family was closest and largest, still bound by common memories and hopes, and a 50-pound pig roasting in the backyard seemed perfectly natural.

The day before, the men would drive out to Homestead to pick out a live pig for slaughter. The pig was then cleaned, split down its rib cage (a process I never witnessed), and laid out over newspapers and a large tray in the kitchen to marinate. The marinade, the mojo, was the most important part of the equation and families lived and died by their mojo recipes. Today you can buy a strange chemical syrup in bottles labeled “mojo”—of which the best one can say about it is that it’s another sad example of the banality of exile.

Mojo is not complicated to make, at any rate. And it makes up in exuberance for whatever it lacks in subtlety. First, several heads of garlic are peeled and then mashed with a little salt (to keep them from jumping) in a large mortar. If one is marinating pork, and therefore large quantities are called for, the garlic goes into a blender along with fresh sour orange juice. Cumin might be added, perhaps dried oregano. This is blended well and the whole thing poured over the pig. In the years before concern over food poisoning, the pig was covered and left on the table all night. As a girl, I was so addicted to the salty mojo that I often would sneak down to the kitchen and scoop up dripping fingerfuls of the stuff from the wells of the pig’s open ribs.

The following day, the men would dig a hole in the backyard, light a fire, and set the pig to roasting over a grill, covered with banana leaves, and later foil. It had every aspect of ritual, as well as dress rehearsal—for come Christmas Eve the whole thing would be repeated with far more ceremony and purpose. These were long, warm days in Miami. The men—shirtless and drinking beer as they told jokes and reminisced—tended to the roasting from morning until evening. The rest of the meal was up to the women and the day was a whirlwind of pots and rice makers and sizzling sazón (seasonings) and smells and the “hish hish” of the pressure cooker hurrying along its charge of black beans, and then of yucca. It was a happy, bantering gathering, as I remember all women’s efforts in the kitchen; and perhaps I’m one of the few women of my generation who does not consider the kitchen a chore or an affront to my independence, but rather a place of warmth and sustenance.

Those were happy days, colored as they were by the brief honeyed hour of childhood, and when I look back on them now I have a strange sense of them having taken place not in America, but in the Cuba of my parents’ memories. But change, always inevitable and irrevocable, came gradually. As usual, it was prefigured by food. One year someone brought a pumpkin pie from Publix. It was pronounced inedible. But a wall had been breached. Cranberry sauce followed. I myself introduced a stuffing recipe (albeit composed of figs and prosciutto) that to my current dismay became a classic. Soon began the rumblings about pork being unhealthy. And besides, the family was shrinking: first through sicknesses and then death, and finally through misunderstandings and the pressures of a life that became more hurried and graceless by the day. A whole pig seemed suddenly an embarrassing extravagance, a desperate and futile grasping after the old days.

And so came the turkey. I don’t remember when exactly. I do recall that at the time, I had been mildly relieved. I had already begun to develop an annoyance with my family’s narrow culinary tastes—which to me signaled a more generalized lack of curiosity about the wider world. I had not yet discovered M.F.K. Fisher,1 and at any rate, I wasn’t old enough to understand that a hungry man has no reason to play games with his palate. I remember that soon after that first turkey appeared, there was much confusion over how to cook this new beast. The problem was eventually resolved by treating the bird exactly as if it were a pig. In went the garlic and the sour orange, the night-long mojo bath. When this didn’t seem quite enough to rid the poor turkey of its inherent blandness, someone came up with the idea of poking small incisions right into the meat and stuffing them with slivered garlic. Disaster, in this way, was mostly averted. And to compliment the cook one said, “This tastes just like roast pork.”

I moved away from Miami almost 10 years ago. I’ve only been back for one or two Christmas Eve celebrations. But somehow I’ve always found myself in the city on Thanksgiving. My sister still claims it as her favorite holiday, even if the past few years she’s used the occasion to leave town. The celebrations wax and wane. Occasionally we can still muster large crowds, though we haven’t had pork for years now. Sometimes it is another occasion to see the larger family, and also to witness the ravages. It was on one such Thanksgiving that I overheard my father’s mother ask him, “Tell me, have we been in this country a long time?” I was in the library of my parents’ home, writing what would become my first book, and I immediately put the line into a story. None of us knew it then, but she had already begun the long decline into the forgetting illness that would eventually finish tearing apart the family as she babbled quietly in a corner, “Is this Tia Cuca’s house? I have to return home, my mother is expecting me in
Cárdenas . . .”

This last Thanksgiving was the smallest on record. We gathered, for the first time in memory, not at a massive folding table in the porch, but around the regular dining room table at my parent’s home. It was just me, my parents, my mother’s mother, and her sister. My husband was in Iraq, covering the war. My sister was in Aruba with her boyfriend. My grandmother’s husband was dead, as was her sister’s. And my other grandmother had been temporarily shut in a nursing home, a final act of forgetting which my father could not stomach on Tansgibin.

When it came time to say grace, my father refused. “You have nothing to be thankful for?” my mother asked, angrily. “Plenty,” my father said through clenched teeth. The old women eyed each other nervously. In the silence, the one agnostic among us began to pray. Probably I expressed an ironic thanks for family and asked that there be peace in the world. I’ve forgotten the smirking details. I do remember that the rest of the meal passed in awkward silence. There was war within and war without and there is a lot about that Thanksgiving that I wish could have been different. But the turkey was delicious. I realized, with a pang of nostalgia that surprises me still, that it tasted just like roast pork. 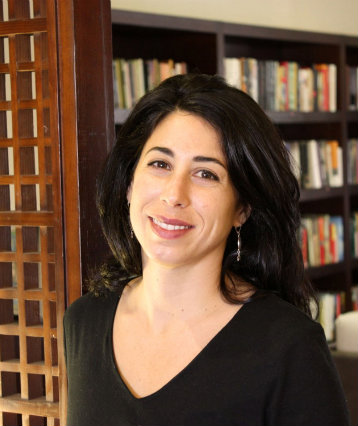