Columbus and the Egg

James Baldwin (1841–1925) was an American educator and editor whose books of stories for children had a great influence on the education of young people in the latter part of the 19th century and the early part of the 20th. In this parable, attributed to Italian historian Girolamo Benzoni’s History of the New World (1565) and taken from Baldwin’s collection, Thirty More Famous Stories Retold, Baldwin invites us to consider how anyone can know whether something cannot be done. What do you think of Columbus’ response to the doubters? If anybody can do something “after he has been shown how,” what is it that enables the first person to do that which is thought to be impossible?

Christopher Columbus discovered America on the 12th of October, 1492. He had spent eighteen years in planning for that wonderful first voyage which he made across the Atlantic Ocean. The thoughts and hopes of the best part of his life had been given to it. He had talked and argued with sailors and scholars and princes and kings, saying, “I know that, by sailing west across the great ocean, one may at last reach lands that have never been visited by Europeans.” But he had been laughed at as a foolish dreamer, and few people had any faith in his projects.

At last, however, the king and queen of Spain gave him ships with which to make the trial voyage. He crossed the ocean and discovered strange lands, inhabited by a people unlike any that had been known before. He believed that these lands were a part of India.

When he returned home with the news of his discovery there was great rejoicing, and he was hailed as the hero who had given a new world to Spain. Crowds of people lined the streets through which he passed, and all were anxious to do him honor. The king and queen welcomed him to their palace and listened with pleasure to the story of his voyage. Never had so great respect been shown to any common man.

But there were some who were jealous of the discoverer, and as ready to find fault as others were to praise. “Who is this Columbus?” they asked, “and what has he done? Is he not a pauper pilot from Italy? And could not any other seaman sail across the ocean just as he has done?”

One day Columbus was at a dinner which a Spanish gentleman had given in his honor, and several of these persons were present. They were proud, conceited fellows, and they very soon began to try to make Columbus uncomfortable.

“You have discovered strange lands beyond the sea,” they said. “But what of that? We do not see why there should be so much said about it. Anybody can sail across the ocean; and anybody can coast along the islands on the other side, just as you have done. It is the simplest thing in the world.”

Columbus made no answer; but after a while he took an egg from a dish and said to the company, “Who among you, gentlemen, can make this egg stand on end?”

One by one those at the table tried the experiment. When the egg had gone entirely around and none had succeeded, all said that it could not be done.

Then Columbus took the egg and struck its small end gently upon the table so as to break the shell a little. After that there was no trouble in making it stand upright.

“Gentlemen,” said he, “what is easier than to do this which you said was impossible? It is the simplest thing in the world. Anybody can do it—after he has been shown how.” 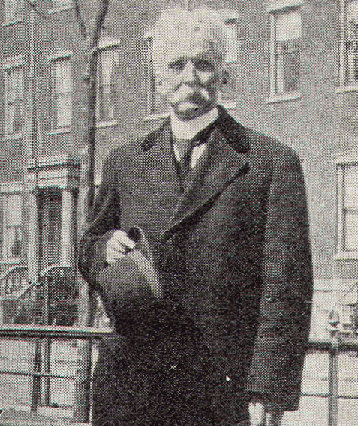