American educator and essayist Ralph Waldo Emerson (1803–82) wrote this poem on request from the Battle Monument Committee for the 1837 dedication of an obelisk commemorating the Battle of Concord, Massachusetts, fought on April 19, 1775 at the outbreak of the American Revolution. The well-known first stanza is inscribed at the base of the famous Minute Man statue by Daniel Chester French, erected (1875) at Concord’s Old North Bridge. First read at a Concord Independence Day celebration on July 4, 1837, it was later sung as a hymn—hence its title.

The hymn is said to have made Emerson’s name as a poet and to have transformed the skirmish at Concord into the spirit of the Revolution. Why does Emerson call the firing of the Concord farmers “the shot heard round the world”? What did that shot signify, and what did it mean for the world to hear it? What is the “Spirit” that Emerson wants us to remember and to embody in our lives? What does he mean by invoking that Spirit to safeguard the shaft (the obelisk) from Time and Nature? Can it do so? How? For how long?

By the rude bridge that arched the flood,
Their flag to April’s breeze unfurled,
Here once the embattled farmers stood,
And fired the shot heard round the world.

The foe long since in silence slept;
Alike the conqueror silent sleeps;
And Time the ruined bridge has swept
Down the dark stream which seaward creeps.

On this green bank, by this soft stream,
We set to-day a votive stone;
That memory may their deed redeem,
When, like our sires, our sons are gone.

Spirit, that made those heroes dare
To die, and leave their children free,
Bid Time and Nature gently spare
The shaft we raise to them and Thee. 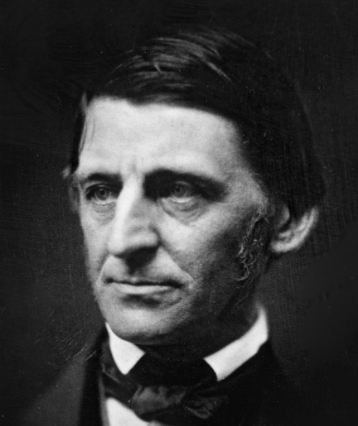