The most famous war correspondent of World War II, Ernest “Ernie” Taylor Pyle (1900–45) began working for newspapers in college at Indiana University. Beginning in 1934, he contributed a national column to the Scripps-Howard news service about his travels throughout America, recounting the interesting people he met along the way. When World War II broke out, he traveled to the front lines in Europe, North Africa, and the Pacific, writing about the war from the common soldier’s perspective. In 1944, he was awarded the Pulitzer Prize for his efforts. The following year, on April 18, 1945, he was killed by Japanese machine-gun fire on the Japanese island of Lejima, where he was buried with his helmet on among the soldiers and Marines he wrote about.

Only some of a soldier’s wartime experience is experience of battle. As Ernie Pyle’s account makes clear, much of his time is spent in more prosaic things. Why do the soldiers enjoy digging? Grousing? What do their digging and their grousing have in common? Do you share the soldiers’ reaction to the letter? What do you make of their light humor? What does this story tell us about the relation between men at war and life—including army life—back home?

ON THE NORTH AFRICAN DESERT, March 23, 1943—When our Sahara salvage expedition finally found the wrecked airplanes far out on the endless desert, the mechanics went to work taking off usable parts, and four others of us appointed ourselves the official ditchdiggers of the day.

We were all afraid of being strafed if the Germans came over and saw men working around the planes, and we wanted a nice ditch handy for diving into. The way to have a nice ditch is to dig one. We wasted no time.

Would that all slit trenches could be dug in soil like that. The sand was soft and moist; just the kind children like to play in. The four of us dug a winding ditch forty feet long and three feet deep in about an hour and a half.

The day got hot, and we took off our shirts. One sweating soldier said: “Five years ago you couldn’t a got me to dig a ditch for five dollars an hour. Now look at me.

“You can’t stop me digging ditches. I don’t even want pay for it; I just dig for love. And I sure do hope this digging today is all wasted effort; I never wanted to do useless work so bad in my life.

“Any time I get fifty feet from my home ditch you’ll find me digging a new ditch, and brother I ain’t joking. I love to dig ditches.”

Digging out here in the soft desert sand was paradise compared with the claylike digging back at our base. The ditch went forward like a prairie fire. We measured it with our eyes to see if it would hold everybody.

“Throw up some more right here,” one of the boys said, indicating a low spot in the bank on either side. “Do you think we’ve got it deep enough?”

“It don’t have to be so deep,” another one said. “A bullet won’t go through more than three inches of sand. Sand is the best thing there is for stopping bullets.”

A growth of sagebrush hung over the ditch on one side. “Let’s leave it right there,” one of the boys said. “It’s good for the imagination. Makes you think you’re covered up even when you ain’t.”

That’s the new outlook, the new type of conversation, among thousands of American boys today. It’s hard for you to realize, but there are certain moments when a plain old ditch can be dearer to you than any possession on earth. For all bombs, no matter where they may land eventually, do all their falling right straight at your head. Only those of you who know about that can ever know all about ditches.

While we were digging, one of the boys brought up for the thousandth time the question of that letter in Time magazine. What letter, you ask? Why, it’s a letter you probably don’t remember, but it has become famous around these parts.

It was in the November 23 [1942] issue, which eventually found its way over here. Somebody read it, spoke to a few friends, and pretty soon thousands of men were commenting on this letter in terms which the fire department won’t permit me to set to paper.

To get to the point, it was written by a soldier, and it said: “The greatest Christmas present that can be given to us this year is not smoking jackets, ties, pipes or games. If people will only take the money and buy war bonds . . . they will be helping themselves and helping us to be home next Christmas. Being home next Christmas is something which would be appreciated by all of us boys in service!”

The letter was all right with the soldiers over here until they got down to the address of the writer and discovered he was still in camp in the States. For a soldier back home to open his trap about anything concerning the war is like waving a red flag at the troops over here. They say they can do whatever talking is necessary.

“Them poor dogfaces back home,” said one of the ditch-diggers with fine soldier sarcasm, “they’ve really got it rugged. Nothing to eat but them old greasy pork chops and them three-inch steaks all the time. I wouldn’t be surprised if they don’t have to eat eggs several times a week.”

“And they’re so lonely,” said another. “No entertainment except to rassle them old dames around the dance floor. The USO closes at ten o’clock and the nightclubs at three. It’s mighty tough on them. No wonder they want to get home.”

“And they probably don’t get no sleep,” said another, “sleeping on them old cots with springs and everything, and scalding themselves in hot baths all the time.”

“And nothing to drink but that nasty old ten-cent beer and that awful Canadian Club whiskey,” chimed in another philosopher with a shovel.

“And when they put a nickel in the box nothing comes out but Glenn Miller and Artie Shaw and such trash as that. My heart just bleeds for them poor guys.”

That’s the way it goes. The boys feel a soldier isn’t qualified to comment unless he’s on the wrong side of the ocean. They’re gay and full of their own wit when they get started that way, but just the same they mean it. It’s a new form of the age-old soldier pastime of grousing. It helps take your mind off things. 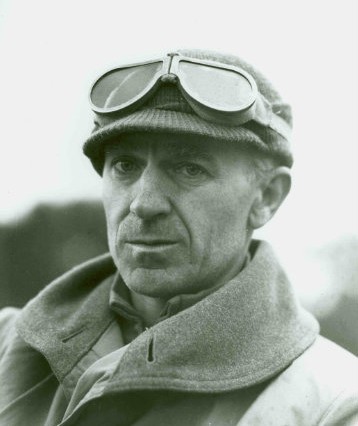