Excerpt from “No Thanks to Gratitude”

James W. Ceaser is the Harry F. Byrd Professor of Politics at the University of Virginia, where he has taught since 1976. He has written widely on American political thought, political institutions, and campaigns. In this excerpt from an essay on the importance of gratitude for civic memory and national attachment (2011), Ceaser examines the relationship among politics, religion, and Thanksgiving Day, raising questions as to the true nature of the day and where it fits in our constitutional republic.

What is gratitude? How might it be important for American citizenship and American public life? Can gratitude—which is, however defined, a free expression of the heart—be commanded or made into an obligation? To whom, and for what, is America’s civic expression of gratitude appropriate today? What are the strengths and weaknesses of each of the opposing positions mentioned in the last paragraph in this selection?

The virtue of gratitude enjoys a special status in American public life. The obligation to display gratitude is recognized by a statute, enacted in 1941, that establishes an official national holiday of Thanksgiving. The statute codified a long practice, unbroken from Abraham Lincoln’s proclamation in 1863, of a presidential declaration fixing each year a day of thanksgiving. Before Lincoln, Presidents Washington, Adams, and Madison proclaimed thanksgiving days, in some instances at the urging of Congress, but the practice ended with Madison.

Under the terms of the statute, the holiday has no direct religious connection. History makes clear, however, that the expression of gratitude to God for our national blessings was originally at the core of the whole exercise. The opening phrase of Washington’s first proclamation in 1789 reads: “Whereas it is the duty of all Nations to acknowledge the providence of almighty God, to obey his will, to be grateful for his benefits, and humbly to implore his protection and favor. . . .”

A sense of the religious character of these proclamations can be gleaned from a passage, not at all untypical, from John Kennedy’s declaration in 1963:

Let us therefore proclaim our gratitude to Providence for manifold blessings—let us be humbly thankful for inherited ideals—and let us resolve to share those blessings and those ideals with our fellow human beings throughout the world . . . On that day let us gather in sanctuaries dedicated to worship and in homes blessed by family affection to express our gratitude for the glorious gifts of God; and let us earnestly and humbly pray that He will continue to guide and sustain us in the great unfinished tasks of achieving peace, justice, and understanding among all men and nations and of ending misery and suffering wherever they exist.

The religious dimension of this day of gratitude has for quite some time now been supplemented (or tamed) by tying the holiday into a day of memory of the Pilgrims and their encounter with the Indians. In this vein, it is more often celebrated as “Thanksgiving Day” than, in JFK’s words, “a day of national thanksgiving.” Indeed, the earliest holidays proclaimed by Washington, Adams, and Madison made no mention of the Pilgrims, and the dates they selected bore no special connection to the harvest (some were in the winter and the spring). . . .

Still, the tradition continues, and the connection of Thanksgiving to public expressions of gratitude to God requires us to ask in what measure government has an interest in cultivating the religious aspect of gratitude, and in what measure a religious people, through their public officials, may give thanks to God. Different answers have been given to these questions. George Washington believed that governmental encouragement of religion, where there was no violation of constitutional principle, was both permissible and, in light of the public benefits of religion, good policy. Many have taken the opposite view, some out of animosity for religion, others from an understanding of what they think the Constitution, or a liberal political system, allows. James Madison, who twice agreed to declare a day of thanksgiving, evidently had doubts about his action and probably let the practice lapse because of them. In a later reflection he commented: “Altho’ recommendations only, they [official expressions of religious gratitude] imply a religious agency, making no part of the trust delegated to political rulers.”

The legal standing of the holiday of Thanksgiving (and for that matter Christmas) is not an issue today, as neither holiday is officially designated as religious. (It is another matter for the National Day of Prayer, established by statute in 1952, where the religious aspect is integral to the statute.) Still, some dispute about Thanksgiving continues, for it is clear that custom connects it to religion. For most people of faith, this practice is generally seen as a natural and fitting expression of the spirit of the people. For those who are unfriendly to religion, however, any mention of religious gratitude under the cover of public authority should be discouraged or banned. The wall of separation of religion and politics can never be high enough. 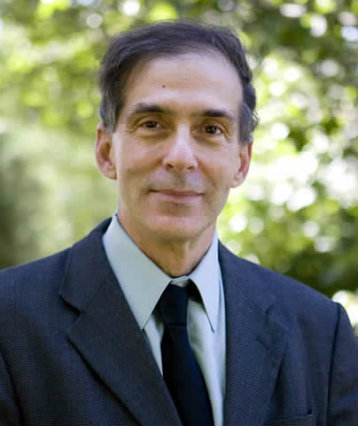