This 1907 US Supreme Court case involves a Nebraska statute that prohibited desecration of the flag and banned its use for advertising purposes. Two Nebraska businessmen challenged the law after being convicted for using the flag to advertise their “Stars and Stripes” beer. The court upheld their conviction 8–1; Justice John Marshall Harlan (1833–1911), famous for his powerful dissents in the Civil Rights Cases (1883) and Plessy v. Ferguson (1896), delivered the opinion of the court.

On what grounds does Harlan support the Nebraska law prohibiting the use of the American flag in advertising? Why doesn’t the court regard such use as protected by the First Amendment right of free speech? Do you agree that each state has “a duty . . . to encourage its people to love the Union”? Is the flag dishonored or desecrated by commercial use? By being worn on articles of clothing? Do these uses undermine patriotic sentiment and love of country? Why or why not?

From the earliest periods in the history of the human race, banners, standards, and ensigns have been adopted as symbols of the power and history of the peoples who bore them. It is not, then, remarkable that the American people, acting through the legislative branch of the government, early in their history, prescribed a flag as symbolical of the existence and sovereignty of the nation. Indeed, it would have been extraordinary if the government had started this country upon its marvelous career without giving it a flag to be recognized as the emblem of the American Republic. For that flag every true American has not simply an appreciation, but a deep affection. No American, nor any foreign-born person who enjoys the privileges of American citizenship, ever looks upon it without taking pride in the fact that he lives under this free government. Hence, it has often occurred that insults to a flag have been the cause of war, and indignities put upon it, in the presence of those who revere it, have often been resented and sometimes punished on the spot.

It may be said that, as the flag is an emblem of national sovereignty, it was for Congress alone, by appropriate legislation, to prohibit its use for illegitimate purposes. We cannot yield to this view. If Congress has not chosen to legislate on this subject, and if an enactment by it would supersede state laws of like character, it does not follow that, in the absence of national legislation, the state is without power to act. There are matters which, by legislation, may be brought within the exclusive control of the general government, but over which, in the absence of national legislation, the state may exert some control in the interest of its own people. For instance, it is well established that, in the absence of legislation by Congress, a state may, by different methods, improve and protect the navigation of a water way of the United States, wholly within the boundary of such state. So, a state may exert its power to strengthen the bonds of the Union, and therefore, to that end, may encourage patriotism and love of country among its people. When, by its legislation, the state encourages a feeling of patriotism towards the nation, it necessarily encourages a like feeling towards the state. One who loves the Union will love the state in which he resides, and love both of the common country and of the state will diminish in proportion as respect for the flag is weakened. Therefore a state will be wanting in care for the well-being of its people if it ignores the fact that they regard the flag as a symbol of their country’s power and prestige, and will be impatient if any open disrespect is shown towards it. By the statute in question the state has in substance declared that no one subject to its jurisdiction shall use the flag for purposes of trade and traffic,—a purpose wholly foreign to that for which it was provided by the nation. Such a use tends to degrade and cheapen the flag in the estimation of the people, as well as to defeat the object of maintaining it as an emblem of national power and national honor. And we cannot hold that any privilege of American citizenship or that any right of personal liberty is violated by a state enactment forbidding the flag to be used as an advertisement on a bottle of beer. It is familiar law that even the privileges of citizenship and the rights inhering in personal liberty are subject, in their enjoyment, to such reasonable restraints as may be required for the general good. Nor can we hold that anyone has a right of property which is violated by such an enactment as the one in question. If it be said that there is a right of property in the tangible thing upon which a representation of the flag has been placed, the answer is that such representation—which, in itself, cannot belong, as property, to an individual—has been placed on such thing in violation of law, and subject to the power of government to prohibit its use for purposes of advertisement.

Looking, then, at the provision relating to the placing of representations of the flag upon articles of merchandise for purposes of advertising, we are of the opinion that those who enacted the statute knew, what is known of all, that to every true American the flag is the symbol of the nation’s power—the emblem of freedom in its truest, best sense. It is not extravagant to say that to all lovers of the country it signifies government resting on the consent of the governed; liberty regulated by law; the protection of the weak against the strong; security against the exercise of arbitrary power; and absolute safety for free institutions against foreign aggression. As the statute in question evidently had its origin in a purpose to cultivate a feeling of patriotism among the people of Nebraska, we are unwilling to adjudge that in legislation for that purpose the state erred in duty or has infringed the constitutional right of anyone. On the contrary, it may reasonably be affirmed that a duty rests upon each state in every legal way to encourage its people to love the Union with which the state is indissolubly connected. 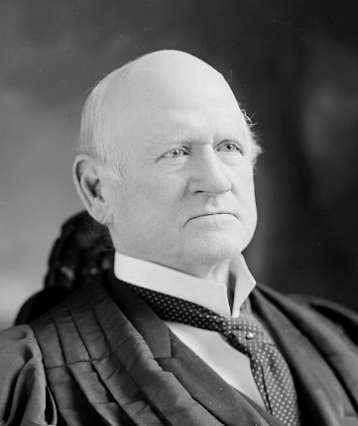