In these remarks, prepared for a panel discussion celebrating Washington’s Birthday, (“First Among Equals: George Washington and the American Presidency”), Richard Brookhiser (b. 1955), an American journalist, biographer, and historian, looks at George Washington as an exemplary president.

I am to talk on George Washington as an exemplary president—and I think he had three achievements, three very important things that he did that I want to highlight.

The first of these is that Washington did everything for the first time. When he was first inaugurated in April of 1789, there were very few precedents to guide him. There had not been many republics in human history—and almost all of those had been small. They had been the city states in the ancient world or in the Renaissance. The one republic that had grown large was Rome, but that had become the Roman Empire so that example is not very encouraging. Washington did have a guideline, though. He had the United States Constitution, and he was very familiar with that because he had been the presiding officer of the Constitutional Convention in 1787. He had attended every session, heard every argument. He followed the ratification debates very closely. He knew all three authors of the Federalist Papers—they they were friends of his. And he had the Federalist Papers reprinted in Richmond so they could influence the ratification debate in Virginia. So he was about as informed about the Constitution as anyone could be.

But the Constitution has a lot of gaps in it. For instance, it says that the president may negotiate treaties by and with the advice and consent of the Senate. Now, consent is spelled out. It means a two-thirds vote of the Senate. But what is the advice of the Senate? How does the president get the Senate’s advice? The Constitution does not say. So, in Washington’s first year in office, he is preparing to negotiate a treaty with the Cherokee Indians who then lived in western Georgia—what’s now Alabama—and Mississippi. And the Cherokee were a powerful, aggressive Indian nation. They sided with Britain during the Revolution. It was very important to make nice with them. The Senate is meeting where Congress is, which is where Federal Hall now is on Wall Street in New York City. Washington comes to the Senate with his Secretary of War, who handles Indian affairs. Vice President John Adams lets Washington occupy his seat and then Adams reads the draft of the Cherokee Treaty to the Senate, article by article, asking for their advice and for their approval.

As Adams is reading, one senator interrupts to say that there is too much noise on the street and that he cannot hear what the vice president is saying; could they please close the windows? This is done. Then a second senator interrupts and says that this draft treaty is referring to previous treaties that were made with other tribes of Indians; if the Senate is to give informed advice, copies of those treaties ought to be made available so that the senators can know what is being referred to. A third senator says that ‘if we have to read all these previous treaties, then that will take too much time. We should appoint a committee to read the treaties and report to us on what they say.’ A fourth senator says ‘well, committees take the business of everyone and give it to the hands of the few. We are all responsible for this treaty and, therefore, we should all see the texts of the previous treaties.’ A fifth senator says ‘this is nonsense. Committees are used in every legislative body of the world. We should form a committee to deal with this situation.’ Now at this point, one senator looked at Washington and saw him muttering, ‘this defeats my every purpose of coming here.’ But then he quieted down and the Senate went on from there. The next day was Sunday and everybody had off. And then on Monday the Senate reassembles, Washington is in attendance, and the Senate concludes the debate and gives its advice. But as Washington leaves the room, the doorkeeper hears him say that he would be damned before he came there again. And no president ever has. Some presidents have asked for written advice on treaties from the Senate. Wise presidents may consult informally with powerful senators. But no president has ever gone himself to the Senate to ask for advice. So this is just one example of dozens and dozens of conundrums that faced Washington as president that he had to resolve in some way because it was the first time. And he did it all very judiciously.

The second thing he did, which is something that every president has to do, was to navigate the politics of his administration—which for him was the politics of the early- and mid-1790s. And politics then were as savage as American politics has ever been. Consider his first cabinet: The first Secretary of State is Thomas Jefferson; the first Secretary of the Treasury is Alexander Hamilton; the first Secretary of War is Henry Knox. And the most important off-stage advisor is Representative James Madison. Washington has known all these men for years. They know each other. Jefferson and Madison are dearest friends, Madison and Hamilton are the Federalist Papers’ co-authors, and Hamilton and Knox are fellow war veterans. What could go wrong? Well, the two things that almost immediately go wrong are arguments over finance and foreign policy.

The financial arguments have a lot to do with the backgrounds of the parties involved. Hamilton, the Secretary of the Treasury, started life as a merchant’s clerk in the Virgin Islands. He knows international business and finance from the inside out, from the ground up, and he likes it. It gave him his opportunity to life because it was businessmen in St. Croix who sent him to New York to get a college education, and that is where he joins the army during the American Revolution. Jefferson and Madison are Virginia planters. Their dealings with international business and finance are with middlemen in England who buy them their luxuries and who never seem to pay enough for two men's crops. They look at Hamilton’s plans with alarm and suspicion and they think the plans are probably also unconstitutional. Foreign policy becomes an issue because Washington is first inaugurated in April 1789. Four months later, the Bastille falls, beginning the French Revolution and, very soon, a series of revolutionary wars, which then become the Napoleonic Wars which will not end until Waterloo in 1815. The early republic exists in the shadow of a world war that is longer than World Wars I and II put together, as violent as either of them, and as ideological as the Cold War. And Washington’s advisors take sides in this conflict. Early on, Hamilton has a conversation with a British agent. He tells him that “we think in English”— “we” meaning the United States and Britain. What he means by that is that ‘we are traditional trading partners; this has been good for both of us. Let’s try to keep this going despite our former conflicts.’ Jefferson and Madison are lifelong Francophiles. They stick with the French Revolution right through the Reign of Terror. When Jefferson is the Secretary of State, he writes to the American chargé in Paris and he says “rather than [the Revolution] should have failed, I would have seen half the earth devastated.” This is how passionate he is about the French Revolution.

How serious were these disagreements of opinion? They were serious enough that people killed each other. The founders did not set up guillotines, but they fought duals. Two signers of the Constitution were shot and killed in duals. When Jefferson becomes president, he puts a dualist on the Supreme Court, Brockholst Livingston—a man who is killed in a dual in New York. No one objects. When Vice President Dick Cheney shot that guy, it was a hunting accident and the man lived. But, the founding fathers shot to kill. And this is the political world of the 1790s. Washington’s achievement is to navigate this. He mostly sides with Hamilton, but he does so in such a way as to not drive Jefferson or Madison to despair. They do become disaffected. Jefferson, while he is Secretary of State, puts an anti-administration journalist on his payroll of the State Department so the journalist can have access to government documents. But Jefferson stays in the Washington administration through the end of 1793. Washington followed the principle of keeping one’s friends close, but one’s enemies closer. It is a great testament to Washington’s cunning and to his tact that he was able to keep Jefferson as little unhappy as possible.

The third thing that Washington does is that he goes home. Of course, this has become a matter of course for every president, but it was Washington who made it a matter of course—and he had been doing it for a very long time. As the Revolutionary War was ending, King George III had his portrait painted by the American ex-patriot Benjamin West. And the King asked him, “What do you think Washington will do after the war?” And West replied, “Well, Your Majesty, I believe he will return to his farm.” And the King said, “If he does that, then he is the greatest man in the world.” Washington did it. And now, at the end of his presidency, he is doing it again in the Farewell Address. Near the end of the Address—in the very last paragraph—Washington is speaking about his own retirement and he says that he expects to enjoy “good laws under a free Government [which will be] the happy reward . . . of our mutual cares, labours, and dangers.” It is our mutual cares, labours, and dangers. Washington is stressing at the end of this Address that it has not just been him; it has been all of us. And after he goes, it will be left to all of us. And that was the assignment that he gave America in 1796, and that is the assignment that we still carry. 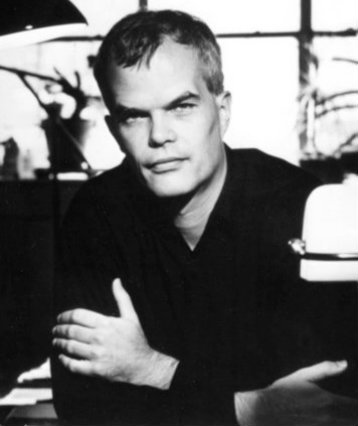