George Washington, in being first, set many precedents for the American presidency. To be sure, times have changed, and so have the ways in which our presidents view and discharge their office. Nevertheless, certain persistent features and challenges of the presidency within our constitutional republic can be generalized. In these brief remarks, prepared for a panel discussion celebrating Washington’s Birthday, (“First Among Equals: George Washington and the American Presidency”), Harvard University political scientist Harvey Mansfield (b. 1932) examines the ambiguous idea and practice of executive power.

Based on his analysis, and without challenging Washington’s overall greatness, Mansfield concludes with a question about whether Washington as president provides the best model for current presidents to follow. What was novel about the American presidency? What are the two meanings of “executive,” and how do they affect the conception of the function and power of the American president within the constitutional republic? What is meant by “energy in the executive”? How does the United States Constitution handle the need for both rule of law and discretion? Given your understanding of how Washington conducted himself in office (see, for example, Myron Magnet’s selection above on “The Trials and Triumphs of Presiding”), would you say that Washington was, in Mansfield’s terms, a strong president? What does Mansfield mean by his final questions about Washington and Lincoln? How would you begin to answer them?

George Washington was the first president in the first republic that had a strong executive—something we take for granted today, but at the time it was new. A strong executive smacks of monarchy, and it is against the genius of republican government, which says that power is safest when it is in the hands of many, as opposed to one or a few. The republican tradition had been dominated by this republican genius, and was very hostile to any sign of one-man rule—as happened with the demagogues of the ancient republics or the modern republics of Holland and Britain. The example of Oliver Cromwell in Great Britain was considered very disgraceful for republics. During the English Civil War in the 17th century, republican thinkers took the side of a republic as opposed to even the moderate monarchy of Great Britain. Writers such as James Harrington and Algernon Sidney were firmly opposed to a strong president.

And with us, the idea of a strong president came rather late in the Constitutional Convention of 1787. In that Convention there were two original plans, the Virginia Plan and the New Jersey Plan, at the beginning. Neither proposed a strong executive. The Virginia Plan had an executive that was elected by the legislature, and would therefore be a creature of the legislature. The New Jersey Plan had an executive by committee so that no single person was responsible; the several members of the committee could blame one another if something went wrong. And after the Constitution was framed, a strong executive was opposed by the Anti-Federalists in conformity with republican tradition.

Now the idea of a strong executive was also new. It was an invention of modern political science, traceable to Machiavelli. He used the word “executive” in two senses: first, execution as “carrying something out,” or “following it out to its end.” In that sense, “executive” is doing the will of someone else besides the executive. It is a subordinate function. But the second sense of execution, which is still the same in English as it was in Italian, is killing—capital punishment—an independent exercise of will by the executive. To execute a law it is not enough to say “please.” The executive may meet reluctance, even resistance. The executive then has to overcome this resistance, and possibly even execute a resistor. The first meaning of “executive” results in a weak executive, and the second meaning yields a strong one. This is the ambivalence of executive power. It can justify strong and independent action, but it can also call for merely executing the will of somebody or something else—say the will of Congress, the will of the courts, the will of the people, the language of the law. Sometimes government can be stronger if it pretends to be weak: If it pretends to be carrying out the will of someone else besides itself, and not declaring itself to be the initiator or the author of the imposition of its actions.

Now The Federalist, in explaining and defending the Constitution, demands a strong executive who uses energy. Energy in the executive has two uses: In the first place, “to face an emergency.” To have energy, the executive must be decisive, and he must use secrecy so that what he does is a surprise. Even today, when a congressional committee meets by itself in secret, it is called “executive session.” Executive goes with secret. This is the short-term task of energy. But the executive has an opposite function in the long term to execute what Alexander Hamilton called “extensive and arduous enterprises.” To plan ahead, to carry out a consistent policy over a long time was always thought to be very difficult for republics. Republics were thought to be indecisive in counsel and flighty in policy, easily discouraged and rarely steadfast and consistent. But with energy in the executive consistency is possible. An example would be the bipartisan foreign policy in the United States, lasting from Presidents Truman to Reagan, of containment of the Soviet Union—in the end, a success. This word “energy” is a word out of physics that was brought into political science at this time; we find it in one of its very first uses in The Federalist Papers. And the word is in the Farewell Address of George Washington. It was a new term to describe the central virtue of the American presidency.

This “energy” was derived from another word, “prerogative,” which is to be found in the Second Treatise of John Locke, the great philosopher of liberalism—understanding liberalism in a generic sense that includes both liberals and conservatives today, as a philosophy of rights. But a philosophy of rights needs prerogative, according to Locke. He defines prerogative as “doing public good without a rule”—beyond the law, even against the law. But when you have prerogative like this to go against the constitution, you set up a distinction between what is constitutional and what is for the public good. The American founders thought that that was not a wise distinction to put about. They thought that it would be better to have the prerogative, and therefore the public good, within the Constitution.  It is better to have a power within the Constitution that can act for the public good without a rule, beyond the law or even against the law, but remains constitutional. You can get the same advantage from Locke’s prerogative by bringing the necessity of discretion inside the Constitution. Then, when the executive exercises discretion, he is not disobeying the Constitution.

The American Constitution wisely installed a separation of powers that contains both the rule of law and discretion, and it allows these powers to contest for supremacy in every particular situation. Both are necessary: law and discretion. But one can never have one without the possibility of the other. You always need a law, and yet you always need to be able to get around the law. The separation of powers in the Constitution allows both viewpoints to compete for popular favor and success. Each branch has a point of view, a bias: the Presidency for discretion, the Congress and the Judiciary for the rule of law. No formula exists for a universal solution: “this much of one, that much of the other.” Sometimes one is right. Sometimes the other. The Supreme Court precedents are divided: Korematsu v. United States in favor of the president and Youngstown v. Sawyer in favor of Congress and against the president.1 The Office of the President can expand and contract. It can be strong, and it can be weak.

We will not always have George Washington. This is my favorite statement in The Federalist: “Enlightened statesmen will not always be at the helm.” They are now, the statement implies, but they won’t always be. Then the question arises: Is it better to follow George Washington, as do most of our presidents, showing the modest wisdom of showing one is not wise? Or is it better to imitate Abraham Lincoln, whom we also celebrate for greatness that rivals Washington’s?

1 In Korematsu v. United States (1944), the Supreme Court ruled that Executive Order 9066, which sent many Japanese Americans to internment camps in the US during World War II, was constitutional. In Youngstown v. Sawyer (1952), President Harry Truman had seized private steel companies in order to produce steel needed for the Korean War. The Supreme Court ruled that this act was unconstitutional. Return to text. 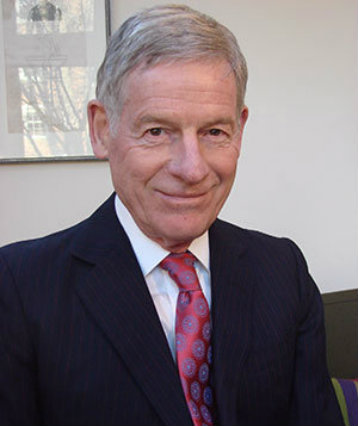