“No man is a hero to his valet; not however because the man is not a hero, but because the valet—is a valet.” This remark of the German philosopher Georg Wilhelm Friedrich Hegel invites us to ask whether, in our democratic age, most of us are not becoming like valets—given to merely humanizing or debunking our great men and women. (The tendency is already visible in the selection from Henry Adams’ novel, Democracy.) This question is the point of departure for this speech, given at the dedication of a statue of Abraham Lincoln at Hillsdale College on May 8, 2009, by Civil War historian, Allen C. Guelzo (b. 1953), professor at Gettysburg College and author of several books about Lincoln and a new history of the Civil War, Fateful Lightning (2012). Although Guelzo’s speech is about Lincoln and the commemorative statue, his discussion of the heroic raises questions that we can apply also to Washington—to whom Lincoln is so often compared and linked—and to our ways of picturing of him in art.

What, according to Guelzo, is our current attitude toward heroes? How do you explain it? Do you share it? What does Guelzo mean by cultural “confidence,” and why is it important? What role do our heroes play in preserving that confidence? What are the three qualities for which Guelzo judges Lincoln to be heroic? Do you find his case compelling? Could he have made the same argument for George Washington? How should our sculptures and paintings render our heroes? Which structure on our National Mall does a better job of commemorating our heroes—the Lincoln Memorial or the Washington Monument?

Heroes have become invisible. Their virtues have become unexplainable in the language we now use to explain human actions . . . . Great deeds somehow keep on being done, but we have lost a capacity to see them as great. Biographies grow to ever-greater and greater lengths, while the subjects of them shrink into the shadows of the pedestrian, the ordinary, and the relentlessly disclosed secret. And no history textbook can today pass muster unless it highlights the insignificant, reduces absolutes to local accident, and eliminates grand narratives in favor of a collection of tales, full of sound and fury, whose chief goal is to elicit pity, sympathy or guilt.

The hero is the story, not just of a good deed, but a great deed—a great deed which climbs the unclimbable, endures the unendurable, holds fast to the lost. But who can be a hero when climbing is so routine that Mt. Everest has become littered with discarded bottles and cans? The dark side of our bottomless wealth and comfort is a cynicism which disarms any motivation for sacrifice, and a suspicion that, in a world of comforts, heroes can only be play-actors. Something other than the heroic must be motivating the heroes, we seem to reason, because there is so little need for heroism. . . .

The price we pay for this, in our schools and in our public discourse as well as in our statuary, is a steep one. Political systems, whether constitutional regimes or political parties, rest on a bedrock of culture—of certain shared assumptions, rituals, and unexamined attitudes—which can sometimes seem to have the stolid immovability of granite, and which at others can seem to have the fragility of snow crusts. The difference is made by confidence, which itself is composed in equal parts of practical results and constant reminders. So a constitutional regime appears to be a collection of laws and statutes; but those laws and statutes depend first on a reverence for words, for reason, and for orderliness. And that reverence must grow both from the confidence that words, reasons, order, laws and statutes really do protect and assist them, and from the constant dinning into the ears of its citizens that same confidence. On the other hand, in a culture of repudiation, where venality, corruption and incompetence produce chaos or violence, and knowledge is reduced to a species of power, confidence in words evaporates, and so do constitutions; but when examples of civic good are corroded and dissolved by victimhood and grievance, confidence evaporates just as quickly. And all the king’s horses and all the king’s men cannot put it back together again, because there are no more kings among men. . . .

So what is there of the hero in the statue we dedicate here today? If we mean by ‘hero’ merely a sword-swinging swashbuckler on a spree, we will find little of that here (and in fact, it’s noticeable that in genuinely heroic statues of real soldiers, like the St. Gaudens of William Sherman in Central Park or the Henry Merwin Shrady statue of Ulysses Grant at the U.S. Capitol, no swords are ever swung). But this is because heroism is not about skull-cracking. It is, first of all, about profound moral conviction. The face of this Lincoln is set, not in excitement or antagonism, but in conviction. “I expect to maintain this contest until successful, or till I die, or am conquered, or my term expires, or Congress or the country forsakes me,” he wrote to Secretary of State William Seward in the summer of 1862, when things appeared bleak for the cause of the Union. Especially, Lincoln was single-minded in his commitment to emancipation. “While I remain in my present position,” Lincoln said in 1863, “I shall not attempt to retract or modify the emancipation proclamation; nor shall I return to slavery any person who is free by the terms of that proclamation.” And if, he added a year later, “the people should, by whatever mode or means, make it an Executive duty to re-enslave such persons, another, and not I, must be their instrument to perform it.” As he himself said, “I am a slow walker, but I never walk back.”

But heroism cannot be only a matter of conviction, since conviction and mere stubbornness are easy to confuse. The hero must also be the possessor of ability, and be conscious of that ability without any self-flattering hubris. People routinely underestimated Lincoln. After his election, one indignant newspaper editor demanded, “Who will write this ignorant man’s state papers?” That editor needn’t have worried. “Any man who took Lincoln for a simpleminded man,” said his old friend and legal associate, Leonard Swett, “would very soon wake [up] with his back in a ditch.” Swett especially remembered the deceptive shrewdness with which Lincoln conducted matters: “He kept a kind of account book of how things were progressing for three, or four months, and whenever I would get nervous and think things were going wrong, he would get out his estimates and show how everything on the great scale of action—the resolutions of Legislatures, the instructions of delegates, and things of that character—was going exactly as he expected.” No wonder that two years into the Civil War, Lincoln’s secretary, John Hay, could marvel that “the old man sits here and wields like a backwoods Jupiter the bolts of war and the machinery of government with a hand equally steady and equally firm. . . . There is no man in the country, so wise, so gentle and so firm. I believe the hand of God placed him where he is.”

Still, conviction and ability can often wilt in the face of antagonism, and Lincoln suffered enough antagonism to make the word fail on the lips. This statue shows a Lincoln of conviction and ability, but also of perseverance. Not angry defiance—for that, the hands would not be clasped behind him, but closed as fists in front of him, and the face would be contorted with rage. Instead, Lincoln’s face is set, composed, unblinking in the face of reality. The hands are joined, almost as a symbol of the Union he is determined to preserve—but notice that they are kept behind. Were they crossed before him, it would mean an end of forward motion. No, the man must lead the Union. He must endure a hurricane of abuse, and reconcile himself even to the prospect of failure, without whimper or casting blame; but he must always be prepared to move forward. Early in his career as an Illinois legislator, Lincoln said, “The probability that we may fall in the struggle ought not to deter us from the support of a cause we believe to be just; it shall not deter me.”

Francis Carpenter, who would go on to paint one of the greatest historical canvasses in American history, the First Reading of the Emancipation Proclamation, understood how the old masters of the old world “had delighted in representations of the birth from the ocean of Venus, the goddess of love,” drifting in sweetly to shore on the half-shell. But the new republic in the new world had witnessed a far greater birth—what Carpenter called “the immaculate conception of Constitutional Liberty.” Ninety years after being conceived in liberty, the republic had experienced a new birth of freedom: “The long prayed for year of jubilee had come; the bonds of the oppressed were loosed; the prison doors were opened.” Surely, Carpenter believed, a voice might proclaim from heaven: “Behold . . . how a Man may be exalted to a dignity and glory almost divine, and give freedom to a race. Surely Art should unite with Eloquence and Poetry to celebrate such a theme.” Today, it has, and this statue is the mark. For a moment, the heroic has reasserted itself—not the reeking heroic of kings and emperors, but the heroic republican citizen, in broadcloth rather than in uniform . . . armed with conviction, perseverance and ability rather than a sword . . . standing, and always facing forward to the light.

Guelzo, Allen C. “Hero, Standing.” In Imprimis 38, no. 5/6 (May/June 2009), 4–7. Reprinted by permission from Imprimis, a publication of Hillsdale College. Used by permission of the author. 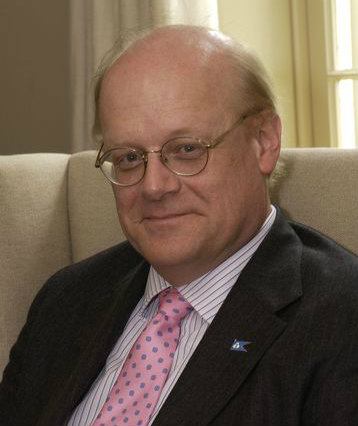