Soon after the Constitution had been drafted, approved, and signed (on September 17, 1787) by the delegates to the Constitutional Convention, and as the debates about ratification raged in the states, influential people not surprisingly were thinking about who should lead the nation. Also not surprisingly, George Washington’s name was at the top of most everyone’s list. The question was how to overcome Washington’s clearly stated preference to remain in retirement at Mount Vernon. At the end of October 1787, Gouverneur Morris of Pennsylvania (1752–1816), one of the principal authors of the United States Constitution and later US Senator from New York, wrote this letter to Washington, urging him to stand for election as the republic’s first president.

Why, according to Morris, is Washington the candidate most acceptable to public opinion? Why would even excellent men not resent the elevation of Washington? What reasons does Morris give for thinking Washington the person best suited to be president? Why, despite his preference for private life, does Morris suggest that Washington would in fact derive personal satisfaction from holding the office? Assuming that he knew well the character and mind of the man to whom he was writing, what does Morris’ approach tell you about Washington? How do you think Washington might have responded to this letter and to Morris’ particular appeal?

I have observed that your Name to the new Constitution has been of infinite Service. Indeed I am convinced that if you had not attended the Convention, and the same Paper had been handed out to the World, it would have met with a colder Reception, with fewer and weaker Advocates, and with more and more strenuous Opponents. As it is, should the Idea prevail that you would not accept of the Presidency it would prove fatal in many Parts. Truth is, that your great and decided Superiority leads Men willingly to put you in a Place which will not add to your personal Dignity, nor raise you higher than you already stand: but they would not willingly put any other Person in the same Situation because they feel the Elevation of others as operating (by Comparison) the Degradation of themselves. And however absurd this Idea, you will agree with me that Men must be treated as Men and not as Machines, much less as Philosophers, &amp; least of all Things as reasonable Creatures; seeing that in Effect they reason not to direct but to excuse their Conduct.

Thus much for the public Opinion on these Subjects, which must not be neglected in a Country where Opinion is every Thing. I will add my Conviction that of all Men you are best fitted to fill that Office. Your cool steady Temper is indispensably necessary to give a firm and manly Tone to the new Government. To constitute a well poised political Machine is the Task of no common Workman; but to set it in Motion requires still greater Qualities. When once a-going, it will proceed a long Time from the original Impulse. Time gives to primary Institutions the mighty Power of Habit, and Custom, the Law both of Wise Men and Fools, serves as the great Commentator of human Establishments, and like other Commentators as frequently obscures as it explains the Text. No Constitution is the same on Paper and in Life. The Exercise of Authority depends on personal Character; and the Whip and Reins by which an able Charioteer governs unruly Steeds will only hurl the unskillful Presumer with more speedy &; headlong Violence to the Earth. The Horses once trained may be managed by a Woman or a Child; not so when they first feel the Bit. And indeed among these thirteen Horses now about to be coupled together there are some of every Race and Character. They will listen to your Voice, and submit to your Control; you therefore must I say must mount the Seat. That the Result may be as pleasing to you as it will be useful to them I wish but do not expect. You will however on this, as on other Occasions, feel that interior Satisfaction &; Self Approbation which the World cannot give; and you will have in every possible Event the Applause of those who know you enough to respect you properly. 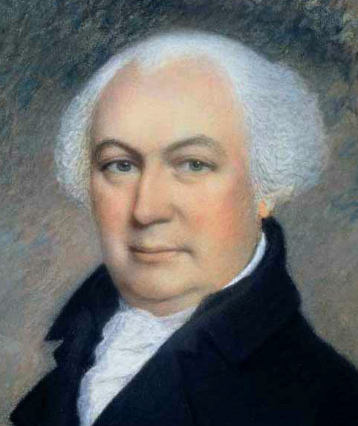