John Adams (1735–1826) carried on an extensive and rich correspondence with his wife, Abigail Smith Adams (1744–1818), exchanging over 1,100 letters, beginning during their courtship in 1762 and continuing throughout John Adams’ political career in 1801. These extracts from letters written to Abigail Adams from Philadelphia after the formal declaration of independence on July 2, 1776 reveal Adams’ fresh reflections on the significance of what had just transpired.

In the first letter, Adams expresses some concerns about what is to come. What is he worried about, and why? Why is he nonetheless hopeful? How, in the second letter, does he assess the harms and benefits of having delayed declaring independence to this time? Why does Adams believe that July 2 is the day that will be perpetually celebrated? Why, then, do we celebrate the anniversary of independence on the 4th and not the 2nd of July? How, at the end of his letter, does he assess the future consequences of independence, both for him and his contemporaries and for posterity? Do his letters to his wife reveal anything about the American idea of human equality?

Yesterday the greatest Question was decided, which ever was debated in America, and a greater, perhaps, never was or will be decided among Men. A Resolution was passed without one dissenting Colony “that these united Colonies are, and of right ought to be, free and independent States, and as such, they have, and of right ought to have, full power to make War, conclude Peace, establish Commerce, and to do all the other Acts and Things which other States may rightfully do.” You will see in a few days a Declaration setting forth the Causes which have impelled us to this mighty Revolution and the Reasons which will justify it in the sight of God and Man. A Plan of Confederation will be taken up in a few Days.

When I look back to the year of 1761 and recollect the Argument concerning Writs of Assistance in the Superior Court, which I have hitherto considered as the Commencement of the Controversy, between Great Britain and America, and run through the whole Period from that Time to this, and recollect the series of political Events, the Chain of Causes and Effects, I am surprised at the Suddenness, as well as Greatness of this Revolution. Britain has been fill’d with Folly, and America with Wisdom, at least this is my Judgment.—Time must determine. It is the Will of Heaven that the two Countries should be sundered forever. It may be the Will of Heaven that America shall suffer Calamities still more wasting and Distresses yet more dreadful. If this is to be the Case, it will have this good Effect, at least: it will inspire us with many Virtues, which We have not, and correct many Errors, Follies, and Vices, which threaten to disturb, dishonor, and destroy us.—The Furnace of Affliction produces Refinement, in States as well as Individuals. And the new Governments we are assuming, in every Part, will require a Purification from our Vices and an Augmentation of our Virtues or they will be no Blessings. The People will have unbounded Power. And the People are extremely addicted to Corruption and Venality, as well as the Great.—I am not without Apprehensions from this Quarter. But I must submit all my Hopes and Fears to an overruling Providence, in which, unfashionable as the Faith may be, I firmly believe.

Had a Declaration of Independency been made seven Months ago, it would have been attended with many great and glorious Effects. . . . We might before this Hour, have formed Alliances with foreign States.—We should have mastered Quebec and been in Possession of Canada. . . . You will perhaps wonder, how such a Declaration would have influenced our Affairs, in Canada, but if I could write with Freedom I could easily convince you, that it would, and explain to you the manner how.—Many Gentlemen in high Stations and of great Influence have been duped, by the ministerial Bubble of Commissioners to treat. . . . And in real, sincere Expectation of this Event, which they so fondly wished, they have been slow and languid, in promoting Measures for the Reduction of that Province. Others there are in the Colonies who really wished that our Enterprise in Canada would be defeated, that the Colonies might be brought into Danger and Distress between two Fires, and be thus induced to submit. Others really wished to defeat the Expedition to Canada, lest the Conquest of it should elevate the Minds of the People too much to hearken to those Terms of Reconciliation which they believed would be offered Us. These jarring Views, Wishes and Designs, occasioned an opposition to many salutary Measures, which were proposed for the Support of that Expedition, and caused Obstructions, Embarrassments and studied Delays, which have finally, lost Us the Province.

All these Causes however in Conjunction would not have disappointed Us, if it had not been for a Misfortune, which could not be foreseen, and perhaps could not have been prevented, I mean the Prevalence of the small Pox among our Troops. . . . This fatal Pestilence compleated our Destruction.—It is a Frown of Providence upon Us, which We ought to lay to heart.

But on the other Hand, the Delay of this Declaration to this Time, has many great Advantages attending it.—The Hopes of Reconciliation, which were fondly entertained by Multitudes of honest and well meaning tho weak and mistaken People, have been gradually and at last totally extinguished.—Time has been given for the whole People, maturely to consider the great Question of Independence and to ripen their Judgments, dissipate their Fears, and allure their Hopes, by discussing it in News Papers and Pamphletts, by debating it, in Assemblies, Conventions, Committees of Safety and Inspection, in Town and County Meetings, as well as in private Conversations, so that the whole People in every Colony of the 13, have now adopted it, as their own Act.—This will cement the Union, and avoid those Heats and perhaps Convulsions which might have been occasioned, by such a Declaration Six Months ago.

But the Day is past. The Second Day of July 1776, will be the most memorable Epoch, in the History of America.—I am apt to believe that it will be celebrated, by succeeding Generations, as the great anniversary Festival. It ought to be commemorated, as the Day of Deliverance by solemn Acts of Devotion to God Almighty. It ought to be solemnized with Pomp and Parade, with Shews, Games, Sports, Guns, Bells, Bonfires and Illuminations from one End of this Continent to the other from this Time forward forever more.

You will think me transported with Enthusiasm but I am not.—I am well aware of the Toil and Blood and Treasure, that it will cost Us to maintain this Declaration, and support and defend these States.—Yet through all the Gloom I can see the Rays of ravishing Light and Glory. I can see that the End is more than worth all the Means. And that Posterity will triumph in that Days Transaction, even altho We should rue it, which I trust in God We shall not. 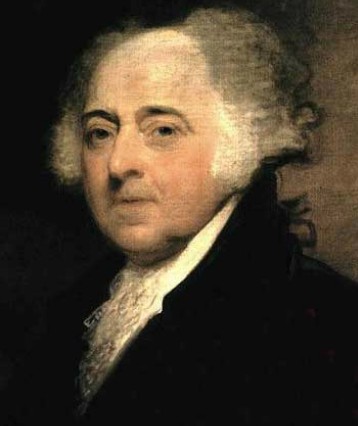