No Alternative than Independence

Samuel Adams (1722–1803) was one of the most ardent proponents of American independence. He was a pillar of the Boston Town Meeting, a delegate to both the First and Second Continental Congresses, and a signer of the Declaration of Independence; later he would help draft the Articles of Confederation. This selection is excerpted from a speech on the goal of independence that Adams gave on August 1, 1776, before the Continental Congress in the State House in Philadelphia.

Why does Adams believe that the American colonists have no alternative but independence? What does he mean by suggesting that Providence is with us and that the hand of Heaven has made us the “instruments and means in the great providential dispensation”? How does this claim contribute to the persuasive power of his speech? What is the meaning of his reference to the Roman1 and of his appeal, “Be yourselves the authors of those laws on which your happiness depends”? Why does Adams believe that the Americans will succeed?

1 (Latin: “ten men”), in ancient Rome, any official commission of 10. The designation is most often used in reference to decemviri legibus scribundis, a temporary legislative commission that replaced the regular magistracy from 451 to 449 BC. It was directed to construct a code of laws that would resolve the power struggle between the patricians and the plebeians. The first board of decemvirs ruled with moderation, but the second board became tyrannical and was forced to abdicate.

We are now on this continent, to the astonishment of the world, three millions of souls united in one cause. We have large armies, well disciplined and appointed, with commanders inferior to none in military skill, and superior in activity and zeal. We are furnished with arsenals and stores beyond our most sanguine expectations, and foreign nations are waiting to crown our success by their alliances. There are instances of, I would say, an almost astonishing Providence in our favor; our success has staggered our enemies, and almost given faith to infidels; so we may truly say it is not our own arm which has saved us.

The hand of Heaven appears to have led us on to be, perhaps, humble instruments and means in the great Providential dispensation, which is completing. We have fled from the political Sodom; let us not look back, lest we perish and become a monument of infamy and derision to the world. For can we ever expect more unanimity and a better preparation for defense; more infatuation of counsel among our enemies, and more valor and zeal among ourselves? The same force and resistance, which are sufficient to procure us our liberties will secure us a glorious independence and support us in the dignity of free, imperial states. We cannot suppose that our opposition has made a corrupt and dissipated nation more friendly to America, or created in them a greater respect for the rights of mankind. We can therefore expect a restoration and establishment of our privileges, and a compensation for the injuries we have received, from their want of power, from their fears, and not from their virtues. The unanimity and valor, which will effect an honorable peace, can render a future contest for our liberties unnecessary. He who has strength to chain down the wolf is a madman if he let him loose without drawing his teeth and paring his nails. . . .

We have no other alternative than independence, or the most ignominious and galling servitude. The legions of our enemies thicken on our plains; desolation and death mark their bloody career; whilst the mangled corpses of our countrymen seem to cry out to us as a voice from Heaven. . . .

Our union is now complete; our constitution composed, established, and approved. You are now the guardians of your own liberties. We may justly address you, as the decemviri did the Romans, and say: “Nothing that we propose can pass into a law without your consent. Be yourselves, O Americans, the authors of those laws on which your happiness depends.”

You have now in the field armies sufficient to repel the whole force of your enemies and their base and mercenary auxiliaries. The hearts of your soldiers beat high with the spirit of freedom; they are animated with the justice of their cause, and while they grasp their swords can look up to Heaven for assistance. Your adversaries are composed of wretches who laugh at the rights of humanity, who turn religion into derision, and would, for higher wages, direct their swords against their leaders or their country. Go on, then, in your generous enterprise, with gratitude to Heaven for past success, and confidence of it in the future. For my own part, I ask no greater blessing than to share with you the common danger and common glory. If I have a wish dearer to my soul than that my ashes may be mingled with those of a Warren and Montgomery,2 it is that these American States may never cease to be free and independent.ho served in the Continental Army, most famous for leading the failed 1775 invasion of Canada.

2 Major General Joseph Warren (1741–75), an American doctor who played a leading role in American Patriot organizations in Boston during the American Revolution, eventually serving as president of the Massachusetts Provincial Congress. Major General Richard Montgomery (1738–75), an Irish-born soldier who served in the Continental Army, most famous for leading the failed 1775 invasion of Canada. Return to text. 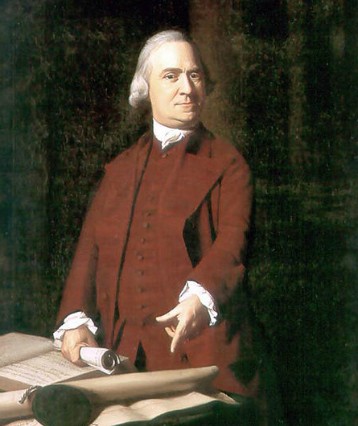