This song was composed in 1777 by Reverend Timothy Dwight (1752–1817), a Congregationalist minister, theologian, and eighth president of Yale University. Born into a prominent Massachusetts family, Dwight was a sixth-generation American and grandson of Jonathan Edwards. He came of age during the heady days of the American Revolution, and this song, popular with the soldiers of the Revolution, was written while he was a chaplain with the Revolutionary Army. Although it does not mention the name of Columbus, it attributes to the land named after him—and, thus, to his legacy—all the possible virtues and successes expected from the New World he discovered. What exactly does Dwight see as the differences between the Old World and the New? Does it make sense to link these differences to Columbus and his deeds?

Columbia, Columbia to glory arise,
The queen of the world, and the child of the skies!
Thy genius commands thee; with rapture behold,
While ages on ages thy splendors unfold.
Thy reign is the last and the noblest of time;
Most fruitful thy soil, most inviting thy clime;
Let the crimes of the east ne’er encrimson thy name;
Be freedom and science and virtue thy fame.

To conquest and slaughter let Europe aspire;
Whelm nations in blood, and wrap cities in fire;
Thy heroes the rights of mankind shall defend,
And triumph pursue them, and glory attend.
A world is thy realm; for a world be thy laws,
Enlarged as thine empire, and just as thy cause;
On Freedom’s broad basis that empire shall rise,
Extend with the main and dissolve with the skies.

Fair science her gates to thy sons shall unbar.
And the east see thy morn hide the beams of her star;
New bards and new sages, unrivall’d, shall soar
To fame, unextinguish’d, when time is no more;
To thee, the last refuge of virtue design’d,
Shall fly from all nations the best of mankind;
Here, grateful, to Heaven with transport shall bring
Their incense, more fragrant than odors of spring.

Nor less shall thy fair ones to glory ascend,
And genius and beauty in harmony blend;
The graces of form shall awake pure desire,
And the charms of the soul ever cherish the fire;
Their sweetness unmingled, their manners refined,
And virtue’s bright image enstamp’d on the mind,
With peace and soft rapture shall teach life to glow,
And light up a smile in the aspect of woe.

Thy fleets to all regions thy power shall display,
The nations admire, and the ocean obey;
Each shore to thy glory its tribute unfold,
And the east and the south yield their spices and gold.
As the day-spring unbounded, thy splendor shall flow,
And earth’s little kingdoms before thee shall bow,
While the ensigns of union, in triumph unfurl’d.
Hush the tumult of war, and give peace to the world.

Thus, as down a lone valley, with cedars o’erspread,
From war’s dread confusion I pensively stray’d,—
The gloom from the face of fair heaven retired,
The winds ceased to murmur, the thunders expired,
Perfumes, as of Eden, flow’d sweetly along,
And a voice, as of angels, enchantingly sung:
“Columbia, Columbia, to glory arise,
The queen of the world, and the child of the skies.” 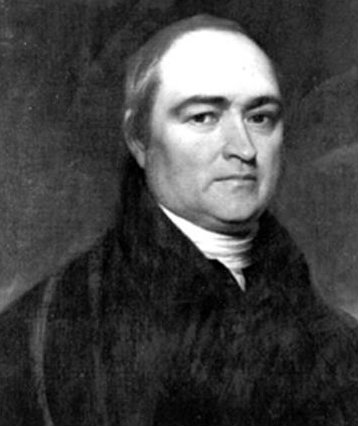