Remarks on Signing the King Holiday and Service Act

The establishment of the national holiday in honor of Martin Luther King Jr. was followed by further deliberations about how best to honor King’s memory. Accepting the recommendations of the King Holiday Commission, Congress passed the King Holiday and Service Act of 1994 (coauthored by Senator Harris Wofford of Pennsylvania and Congressman John Lewis of Georgia), which, among other things, encouraged the practice of community service on King’s birthday holiday, and authorized the Corporation for National and Community Service to fund opportunities to do so. This selection contains the relevant excerpts from the signing speech made by President William Jefferson Clinton (b. 1946) on August 23, 1994.

Compare the language of President Clinton with that of President Reagan, in describing King and his legacy. (Notice that the word “love” does not occur here.) How does President Clinton make the case for the relevance of community service to honoring King? To American citizenship? What is the purpose of community service, and for whose benefit is it undertaken? What does it mean for us “to serve”? Can its purposes be accomplished by “a day on,” that is, by one day of service?

The King Holiday and Service Act of 1994 . . . combines for the very first time our national holiday in honor of Dr. King with a national day of service. Nothing could be more appropriate, for it was Dr. King who said everyone can be great because everyone can serve. I always think of the great line he said, that if a person was a street sweeper, he ought to sweep the streets as if he were Michelangelo painting the Sistine Chapel and try to be the best one in the whole world. That is what I think all of us ought to be about doing. Dr. King taught us that our faith can redeem us, that the sacrifices of individuals can sustain us, that moral courage can guide us. He dedicated himself to what was in his time and what remains the most difficult challenge we face as a democratic people: closing the great gap between our words and our deeds.

Now we are attempting in this bill and in this administration to accept this challenge for those who are still barred from the American dream and for those who worry that their children will have less of it than they had. We’re doing our best here to give Government back to ordinary citizens, with an administration that is really more like America than any ever has been, not only in terms of its racial and gender diversity but also in its commitment to excellence, with 4 million new jobs, 20 million young people eligible for reduced college loans, 15 million working families getting tax cuts, and 3 years of reduction in our deficit for the first time since Mr. Truman was the President.

We demanded fairness in all public services and especially in housing, not only in Vidor, Texas,1 but all across the United States. We fought to empower the next generation of our working people, beginning with Head Start and world-class educational standards, and apprenticeship programs for those who don’t go to college, and more and less expensive college loans and national service for those who wish to pursue higher education. We fought to strengthen our communities with empowerment zones and community development banks. And we fought to make our people safer with the Brady bill and hopefully with this crime bill.

But we know and we learn here every day that laws alone cannot restore the American family, cannot give individuals the sense of self-worth and purpose, cannot make the American community what it ought to be. It takes the miracle that begins with personal choices and personal actions and that cuts through the fog of cynicism and negativism that grips every American from time to time and has often gripped this country too much.

Giving every citizen at the grassroots a chance to make a difference in his or her own life is a big part of what our efforts are all about. This law helps us to do that by linking the observance of Dr. King’s birthday to a day of national service, an extraordinary idea and a timely one because just next month we will launch AmeriCorps in full-blown initiative, with 20,000 young people serving their communities at the grassroots level and earning some credit to further their education while doing so. Nothing could better serve the legacy of Dr. King. He was apathy’s sworn enemy and action’s tireless champion.

The King Commission has already sponsored seven national youth assemblies where young people address issues for themselves, such as drug abuse, illiteracy, and the importance of staying in school. The largest and most recent assembly took place in the capital of my home State, Little Rock, where Governor Tucker hosted 1,300 young people. Overall, the Commission has already helped to recruit 4 1/2 million young people to sign a pledge where they say no to violence and drugs and yes to serving in their communities. That is a truly revolutionary achievement.

With today’s action we can broaden that effort. We can give many more an opportunity to make a difference, to respond to the needs of their communities, whether through tutoring children or housing the homeless, improving parks or keeping our people safer. As Senator Wofford has said in what I think is one of his best statements, “The King holiday should be a day on, not a day off.”

Dr. King’s time with us was too brief. But his vision was so great, his moral purpose was so strong that he made us believe that we could be better than we are and that someday we would be able to walk hand in hand together into a brighter tomorrow.

He said, and I quote, “Every man must decide whether he will walk in the light of creative altruism or the darkness of destructive selfishness. Life’s most persistent and urgent question is what are you doing for others?”

Thank you very much.

1 In January 1994, federal housing officials desegregated an all-white housing project in Vidor, a small East Texas town—the first time since the 1960s that such an armed escort had tried to enforce housing integration. Return to text. 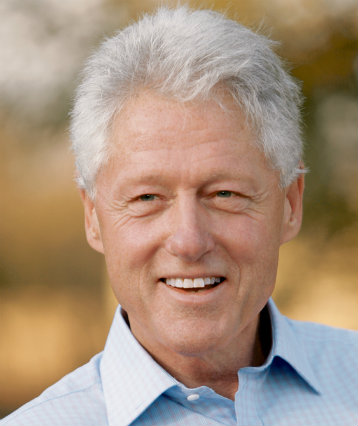