The present selection looks back, from 2012, on Malcolm X’s “The Ballot or the Bullet,” and compares Malcolm’s teaching and strategy to those of King. It is excerpted from the end of a review essay, “Solve for X,” published in the Claremont Review of Books, Winter 2012, by Diana Schaub (b. 1959), political scientist at Loyola University Maryland, scholar of American and African American thought, and coeditor (with Amy and Leon Kass) of What So Proudly We Hail: The American Soul in Story, Speech, and Song.

Professor Schaub locates Malcolm X’s alternatives “the ballot or the bullet” in the context of American political thought, and suggests, provocatively, that “elements of Malcolm’s radicalism were in fact superior on their own terms” to King’s civil disobedience, “because they held true to the nation’s foundations and were in the long run less dangerous.” What does Schuab mean by this claim? Schaub also suggests that Malcolm’s formulation of the issue “allows us to ask the rarely raised question whether the struggle for civil rights could have achieved its end without resort to King’s brand of ‘civil’ disobedience.” How would you begin to answer this question? Finally, in the light of Schaub’s discussion, whose approach to combating racial injustice in America—King’s, Jackson’s, or Malcolm X’s—seems better to you, and better suited to the principles and practices of the American constitutional republic?

[I]n his greatest speech, “The Ballot or the Bullet,” Malcolm X began to reflect on the deepest questions of law and citizenship. Discussion of the relationship between ballots and bullets has a distinguished history in American political thought. Lincoln, for instance, when he argued against the constitutionality of secession, urged us to remember “that ballots are the rightful and peaceful successors of bullets; and that when ballots have fairly and constitutionally decided, there can be no successful appeal back to bullets; that there can be no successful appeal except to ballots themselves, at succeeding elections.” Of course, in denouncing secession, Lincoln was not denying the existence of a right of revolution—there could be situations in which ballots have not fairly and constitutionally decided. Lincoln agreed with Jefferson that where “peaceable remedies are unprovided,” the “sword of revolution” is always the ultimate resort. Frederick Douglass too had used the alliterative formula in a short 1859 editorial entitled “The Ballot and the Bullet.” In arguing against [abolitionist William Lloyd] Garrison’s no-voting theory, Douglass stated: “What we want is an anti-slavery Government, in harmony with our anti-slavery speech, one which will give effect to our words, and translate them into acts. For this, the ballot is needed, and if this will not be heard and heeded, then the bullet.”

Malcolm X understood this Lockean logic. Legitimate government based on a free ballot binds the individual—binds him to work through the prescribed mechanisms of democratic consent; illegitimate government does not. The Lockean corrective to governmental abuse is revolution—or at least a potent threat that people will exercise their right of revolution. As Malcolm put it: “It’ll be Molotov cocktails this month, hand grenades next month, and something else next month. It’ll be ballots, or it’ll be bullets. It’ll be liberty, or it will be death. The only difference about this kind of death [as compared to the turn-the-other-cheek deaths of those pledged to nonviolence]—it’ll be reciprocal.” Despite the incendiary quality of his language, Malcolm was careful to present this violence in the Lockean context of justifiable self-defense: “I don’t mean go out and get violent; but at the same time you should never be nonviolent unless you run into some nonviolence.”

Malcolm’s targets were the segregationist authorities who were initiating the state of war and the followers of King who thought they could devise a nonviolent form of resistance or a civil form of disobedience. Malcolm was consistently critical of King’s betwixt-and-between strategies. If the action is nonviolent it’s not really resistance; remember, “ballot” is a kind of shorthand not just for the elective franchise but for all the tools of democratic citizenship: free speech, the rights of assembly and petition, and access to the courts (including the powerful tactic, used to the full by the NAACP, of testing the constitutionality of local and state laws). If, on the other hand, the action is truly disobedient (i.e., against the law), then it cannot be civil. In the final chapter of his Second Treatise, Locke pokes fun at the unintelligible notion that one could “strike with Reverence.” Theoretically, Malcolm was on firmer ground than King. He stood with Locke, the American revolutionaries, and Abraham Lincoln—all of whom understood the choice to be either the ballot or the bullet, either the obligations of citizenship or the right of revolution. Psychologically too, Malcolm had a strong case: “If you don’t take this kind of stand, your little children will grow up and look at you and think ‘shame.’”

People today often make the case that Malcolm was useful to the cause of racial justice because his extremism frightened white Americans into accepting reforms they otherwise wouldn’t have—in other words, Malcolm played bad cop to Martin’s good cop. But instead of blithely harnessing Malcolm to the onward rush of progressive history, perhaps we should consider the possibility that elements of Malcolm’s radicalism were in fact superior, on their own terms, because they held true to the nation’s foundations and were in the long run less dangerous. Malcolm X is not antinomian in the way that King is. As Lincoln argued in the Lyceum Address, antinomianism (which acknowledges no authority other than the individual conscience) threatens not just law and order but law and justice. While I disagree fundamentally with Malcolm X’s assertion that blacks in America were nothing more than “victims of Americanism,” his classic formulation of the issue—“in 1964, it’s the ballot or the bullet”—allows us to ask the rarely-raised question whether the struggle for civil rights could have achieved its end without resort to King’s brand of supposedly “civil” disobedience. Would it have been better to focus more exclusively and directly on the ballot?

This seems to be the route Malcolm was exploring. Despite an opening statement of the black man’s essential alienation, “The Ballot or the Bullet” is by no means a straightforward call to arms. It’s more a nuanced thinking through of the alternatives. Malcolm notes that since the white vote is always split, the black minority could hold outsized electoral influence. One aim of the speech is instruction in how to use the ballot wisely—after all, “a ballot is like a bullet.” Malcolm is quick to acknowledge that greater political maturity may not be enough, if all politics in America is a white conspiracy—as race-based gerrymandering indicated. Nonetheless, he does not abandon the search for properly political solutions. Echoing Douglass, he notes that the parchment regime is on the side of fairness: “the Constitution itself has within it the machinery to expel any representative from a state where the voting rights of the people are violated.” Although he mentions favorable decisions by the Supreme Court, he still doesn’t trust Uncle Sam. By the end of the speech, he expands his search for friendly law to the World Court; but even this international strategy is grounded in law.

Malcolm’s sense of not belonging in America began early. His rage ran deep. Born “Little,” he struggled manfully against the belittlement that American race relations imposed on him. It’s not clear where his greatly-questing spirit would have taken him had he lived beyond the age of 39. Whatever the twists and turns ahead, I suspect Malcolm would have preserved his ability to charm and surprise. At the Harvard Law School Forum in December 1964, Malcolm told a story of being on a plane, conversing pleasantly for 35 or 40 minutes with the white woman seated next to him. Seeing his monogramed briefcase, she asked him “what kind of last name could you have that begins with X?” His answer: “Malcolm.” It took her some minutes to put that puzzle together but finally she blurted out, “You’re not Malcolm X? . . . I just wouldn’t believe that you were that man.”

WATCH: WSPWH editor Diana Schaub and Charles Kesler (Claremont Institute) discuss the differences between Martin Luther King Jr. and Malcolm X and how African American thinkers have helped shape our understanding of what it means to be an American. 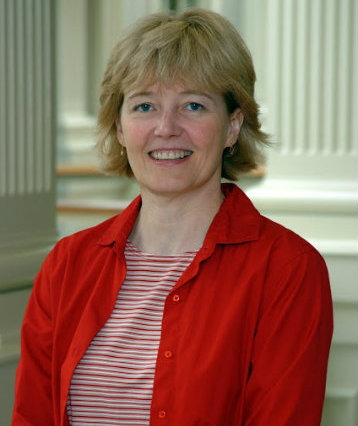