Edgar Guest (1881–1959), today little known or read, was a prolific, British-born, and popular American poet in the first half of the twentieth century, much beloved by American readers (and known as “the People’s Poet”) for his optimistic and sentimental verse. An immigrant to the United States when he was ten, Guest started writing at age 14 for the Detroit Free Press as a police reporter and then composer of daily rhymes, which eventually became so popular that they were nationally syndicated.

Like Hawthorne’s story but with a completely different flavor, this poem (1917) speaks about Thanksgiving as a singular day of homecoming. It also speaks poignantly about home as a place that appears to remain the same despite the passage of time. How old is the speaker in the poem? Why does he comment so often about what is “old”?  Gathering evidence from each stanza, can you say what he most likes about Thanksgiving? What does he mean by saying, “We’ve come for a time to be just what we are”? What will enable him to “put soul in my Thanksgivin’ prayers”?

Gettin’ together to smile an’ rejoice,
An’ eatin’ an’ laughin’ with folks of your choice;
An’ kissin’ the girls an’ declarin’ that they
Are growin’ more beautiful day after day;
Chattin’ an’ braggin’ a bit with the men,
Buildin’ the old family circle again;
Livin’ the wholesome an’ old-fashioned cheer,
Just for awhile at the end of the year.

Greetings fly fast as we crowd through the door
And under the old roof we gather once more
Just as we did when the youngsters were small;
Mother’s a little bit grayer, that’s all.
Father’s a little bit older, but still
Ready to romp an’ to laugh with a will.
Here we are back at the table again
Tellin’ our stories as women an’ men.

Bowed are our heads for a moment in prayer;
Oh, but we’re grateful an’ glad to be there.
Home from the east land an’ home from the west,
Home with the folks that are dearest an’ best.
Out of the sham of the cities afar
We’ve come for a time to be just what we are.
Here we can talk of ourselves an’ be frank,
Forgettin’ position an’ station an’ rank.

Give me the end of the year an’ its fun
When most of the plannin’ an’ toilin’ is done;
Bring all the wanderers home to the nest,
Let me sit down with the ones I love best,
Hear the old voices still ringin’ with song,
See the old faces unblemished by wrong,
See the old table with all of its chairs
An’ I’ll put soul in my Thanksgivin’ prayers. 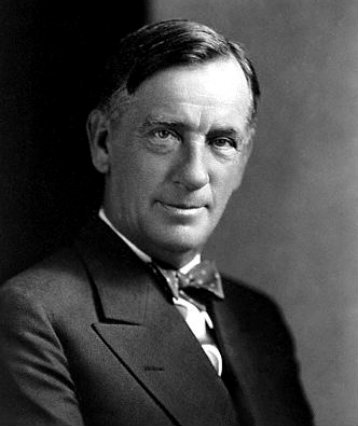