The Fable of George Washington and the Cherry Tree

Truth to tell, very little is known about the actual early life of George Washington. The most famous stories about Washington’s boyhood come from Parson Weems’ bestselling Life of Washington (1800), which remained the most popular biography of Washington throughout the 19th century. Weems (1759–1825), says American historian Gordon Wood, “wanted to capture the inner, private man—to show the early events that shaped Washington’s character—even if he had to make them up.” The most famous of these fabled tales, attributed by Weems to Washington’s nurse but now thought apocryphal, is the story of the cherry tree.

Even if this story is but a fiction, why might it still be worth repeating? Could it be a poetic truth about Washington’s character? As you come, through this anthology and elsewhere, to know the mature George Washington, does he reflect the character of young George of cherry-tree fame? Is honesty, according to the teaching of this story, the best policy, or is honesty good in itself? Can a military or political leader ever be simply or perfectly honest? Are not cunning, reticence, and (even) deception often required for leadership? What then should we conclude from this story about Washington’s character and his future greatness?

Never did the wise Ulysses take more pains with his beloved Telemachus,1 than did Mr. Washington with George, to inspire him with an early love of truth. “Truth, George” (said he) “is the loveliest quality of youth. I would ride fifty miles, my son, to see the little boy whose heart is so honest, and his lips so pure, that we may depend on every word he says. O how lovely does such a child appear in the eyes of every body! His parents doat [dote] on him; his relations glory in him; they are constantly praising him to their children, whom they beg to imitate him. They are often sending for him, to visit them; and receive him, when he comes, with as much joy as if he were a little angel, come to set pretty examples to their children.”

“But, Oh! how different, George, is the case with the boy who is so given to lying, that nobody can believe a word he says! He is looked at with aversion wherever he goes, and parents dread to see him come among their children. Oh, George! my son! rather than see you come to this pass, dear as you are to my heart, gladly would I assist to nail you up in your little coffin, and follow you to your grave. Hard, indeed, would it be to me to give up my son, whose little feet are always so ready to run about with me, and whose fondly looking eyes and sweet prattle make so large a part of my happiness: but still I would give him up, rather than see him a common liar.”

“Pa, (said George very seriously) do I ever tell lies?”

“No, George, I thank God you do not, my son; and I rejoice in the hope you never will. At least, you shall never, from me, have cause to be guilty of so shameful a thing. Many parents, indeed, even compel their children to this vile practice, by barbarously beating them for every little fault; hence, on the next offence, the little terrified creature slips out a lie! just to escape the rod. But as to yourself, George, you know I have always told you, and now tell you again, that, whenever by accident you do any thing wrong, which must often be the case, as you are but a poor little boy yet, without experience or knowledge, never tell a falsehood to conceal it; but come bravely up, my son, like a little man, and tell me of it: and instead of beating you, George, I will but the more honour and love you for it, my dear.”

This, you’ll say, was sowing good seed!—Yes, it was: and the crop, thank God, was, as I believe it ever will be, where a man acts the true parent, that is, the Guardian Angel, by his child.

The following anecdote is a case in point. It is too valuable to be lost, and too true to be doubted; for it was communicated to me by the same excellent lady to whom I am indebted for the last.

“When George,” said she, “was about six years old, he was made the wealthy master of a hatchet! of which, like most little boys, he was immoderately fond, and was constantly going about chopping every thing that came in his way. One day, in the garden, where he often amused himself hacking his mother’s pea-sticks, he unluckily tried the edge of his hatchet on the body of a beautiful young English cherry-tree, which he barked so terribly, that I don’t believe the tree ever got the better of it. The next morning the old gentleman finding out what had befallen his tree, which, by the by, was a great favourite, came into the house, and with much warmth asked for the mischievous author, declaring at the same time, that he would not have taken five guineas for his tree. Nobody could tell him any thing about it. Presently George and his hatchet made their appearance. George, said his father, do you know who killed that beautiful little cherry-tree yonder in the garden? This was a tough question; and George staggered under it for a moment; but quickly recovered himself: and looking at his father, with the sweet face of youth brightened with the inexpressible charm of all-conquering truth, he bravely cried out, “I can’t tell a lie, Pa; you know I can’t tell a lie. I did cut it with my hatchet.”—Run to my arms, you dearest boy, cried his father in transports, run to my arms; glad am I, George, that you killed my tree; for you have paid me for it a thousand fold. Such an act of heroism in my son, is more worth than a thousand trees, though blossomed with silver, and their fruits of purest gold.

1 Ulysses (or Odysseus), a legendary Greek king of Ithaca, a hero of Homer’s epic poem the Odyssey, and father of Telemachus. Return to text. 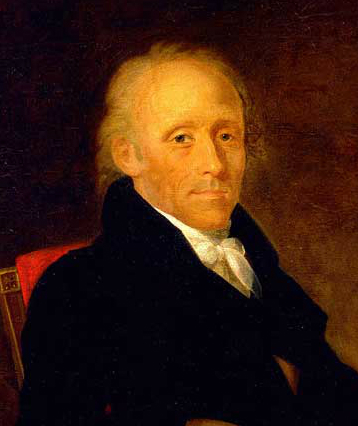