Not only the military and presidential Father of His Country, George Washington was also present at its conception. As a delegate from Virginia, he attended the First Continental Congress, which met in Philadelphia from September 5 to October 26, 1774 to consider a united colonial response to the Intolerable Acts, passed by the British Parliament to punish Boston for the Boston Tea Party. The Congress discussed options, asserted rights, considered grievances, and ended by agreeing to a peaceful boycott of British goods. They also drafted a petition to King George III for redress of grievances, calling for a second meeting the following year should their petition fail—as indeed it did.

The two Continental Congresses are the subject of the present reading and the next, taken from a five-volume biography of George Washington (published in 1855–59) by Washington Irving (1783–1859), American author, essayist, historian, and biographer, known especially for his stories of “Rip Van Winkle” and “The Legend of Sleepy Hollow.” Irving, named for the great general whom he would later meet when he was seven years old, came to know and interview many figures of the Revolutionary era, and his biography is still regarded as a valuable source. After recounting what transpired at the First Continental Congress, Irving speaks here about Washington’s role in the debates and his attitude toward the possibility of independence, relying largely on Washington’s correspondence with Captain Robert McKenzie, an officer who had served under him during the French and Indian War and later served with the British troops stationed in Boston after the Boston Tea Party.

When the time approached for the meeting of the General Congress at Philadelphia, Washington was joined at Mount Vernon by Patrick Henry and Edmund Pendleton, and they performed the journey together on horseback. It was a noble companionship. Henry was then in the youthful vigor and elasticity of his bounding genius; ardent, acute, fanciful, eloquent. Pendleton, schooled in public life, a veteran in council, with native force of intellect, and habits of deep reflection. Washington, in the meridian of his days, mature in wisdom, comprehensive in mind, sagacious in foresight. Such were the apostles of liberty, repairing on their august pilgrimage to Philadelphia from all parts of the land, to lay the foundations of a mighty empire. Well may we say of that eventful period, “There were giants in those days.”

Congress assembled on Monday, the 5th of September, in a large room in Carpenter’s Hall. There were fifty-one delegates, representing all the colonies excepting Georgia.

The meeting has been described as “awfully solemn.” The most eminent men of the various colonies, were now for the first time brought together; they were known to each other by fame, but were, personally, strangers. The object which had called them together, was of incalculable magnitude. The liberties of no less than three millions of people, with that of all their posterity, were staked on the wisdom and energy of their councils.

“It is such an assembly,” writes John Adams, who was present, “as never before came together on a sudden, in any part of the world. Here are fortunes, abilities, learning, eloquence, acuteness, equal to any I ever met with in my life. Here is a diversity of religions, educations, manners, interests, such as it would seem impossible to unite in one plan of conduct. . . .”

From the secrecy that enveloped its discussions, we are ignorant of the part taken by Washington in the debates; the similarity of the resolutions, however, in spirit and substance to those of the Fairfax County meeting, in which he presided, and the coincidence of the measures adopted with those therein recommended, show that he had a powerful agency in the whole proceedings of this eventful assembly. Patrick Henry, being asked, on his return home, whom he considered the greatest man in Congress, replied: “If you speak of eloquence, Mr. Rutledge, of South Carolina, is by far the greatest orator; but if you speak of solid information and sound judgment, Colonel Washington is unquestionably the greatest man on that floor.”

How thoroughly and zealously he participated in the feelings which actuated Congress in this memorable session, may be gathered from his correspondence with a friend enlisted in the royal cause. This was Captain Robert Mackenzie, who had formerly served under him in his Virginia regiment during the French war, but now held a commission in the regular army, and was stationed among the British troops at Boston.

Mackenzie, in a letter, had spoken with loyal abhorrence of the state of affairs in the “unhappy province” of Massachusetts, and the fixed aim of its inhabitants at “total independence.” “The rebellious and numerous meetings of men in arms,” said he, “their scandalous and ungenerous attacks upon the best characters in the province, obliging them to save themselves by flight, and their repeated, but feeble threats, to dispossess the troops, have furnished sufficient reasons to General Gage to put the town in a formidable state of defence, about which we are now fully employed, and which will be shortly accomplished to their great mortification.”

“Permit me,” writes Washington in reply, “with the freedom of a friend (for you know I always esteemed you), to express my sorrow that fortune should place you in a service that must fix curses, to the latest posterity, upon the contrivers, and, if success (which, by the by, is impossible) accompanies it, execrations upon all those who have been instrumental in the execution. . . . When you condemn the conduct of the Massachusetts people, you reason from effects, not causes, otherwise you would not wonder at a people, who are every day receiving fresh proofs of a systematic assertion of an arbitrary power, deeply planned to overturn the laws and constitution of their country, and to violate the most essential and valuable rights of mankind, being irritated, and with difficulty restrained, from acts of the greatest violence and intemperance.

“For my own part, I view things in a very different point of light from the one in which you seem to consider them; and though you are led to believe, by venal men, that the people of Massachusetts are rebellious, setting up for independency, and what not, give me leave, my good friend, to tell you that you are abused, grossly abused. . . . I think I can announce it as a fact, that it is not the wish or interest of that government, or any other upon this continent, separately or collectively, to set up for independence; but this you may at the same time rely on, that none of them will ever submit to the loss of their valuable rights and privileges, which are essential to the happiness of every free state, and without which, life, liberty, and property are rendered totally insecure.

“These, sir, being certain consequences, which must naturally result from the late acts of Parliament relative to America in general, and the government of Massachusetts in particular, is it to be wondered at that men who wish to avert the impending blow, should attempt to oppose its progress, or prepare for their defence, if it cannot be averted? Surely I may be allowed to answer in the negative; and give me leave to add, as my opinion, that more blood will be spilled on this occasion, if the ministry are determined to push matters to extremity, than history has ever yet furnished instances of in the annals of North America; and such a vital wound will be given to the peace of this great country, as time itself cannot cure, or eradicate the remembrance of.”

In concluding, he repeats his views with respect to independence: “I am well satisfied that no such thing is desired by any thinking man in all North America; on the contrary, that it is the ardent wish of the warmest advocates for liberty, that peace and tranquility, upon constitutional grounds, may be restored, and the horrors of civil discord prevented.”

This letter we have considered especially worthy of citation, from its being so full and explicit a declaration of Washington’s sentiments and opinions at this critical juncture. His views on the question of independence are particularly noteworthy, from his being at this time in daily and confidential communication with the leaders of the popular movement, and among them with the delegates from Boston. It is evident that the filial feeling still throbbed toward the mother country, and a complete separation from her had not yet entered into the alternatives of her colonial children. 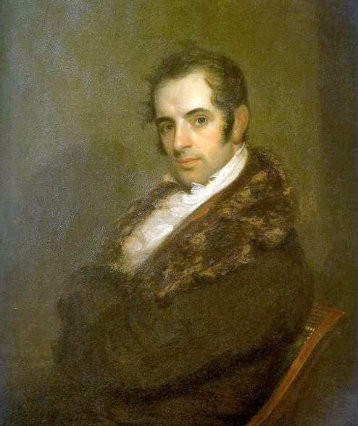