The Origins and Traditions of Columbus Day

Columbus Day—the day we celebrate Christopher Columbus’s historic discovery of the Americas in 1492—is a most unusual American holiday, as it commemorates an event that occurred well before the United States was a nation. And yet, in the 500 years since Columbus’s sighting, the day has become distinctly American. In the late 18th century, Americans began to see Columbus as somewhat of a mythic founding figure; by the 1830s, he was seen as an archetype of the American ideal: bold, adventurous, innovative. Immigrants in the 19th and 20th centuries rallied around the immigrant Columbus. As Ronald Reagan remarked in a 1988 speech, Columbus Day has become a day “to celebrate not only an intrepid searcher but the dreams and opportunities that brought so many here after him.”

Christopher Columbus (originally Cristoforo Colombo, 1451–1506) was born into a working-class family in Genoa, Italy. In his early twenties, he worked as a mariner on merchant ships in the Mediterranean. Sometime in the early 1480s, after returning from a trip to a Portuguese trading fortress on the West African coast, Columbus began to seek support for his idea that Asia could be reached faster and easier by sailing straight across the Atlantic Ocean, instead of having to sail around the southern coast of Africa and across the Indian Ocean. After several years of searching for adequate financing for his proposed voyage, in April 1492 Queen Isabella and King Ferdinand of Spain signed an agreement with Columbus that officially sponsored his enterprise.

On August 3, 1492, Columbus set sail from the port of Palos, Spain with three ships: the Nina, the Pinta, and the Santa Maria. On the early morning of October 12, the lookout on the Pinta, spotting white cliffs in the moonlight, called out “Tierra! Tierra!”—“Land! Land!” The ships landed on a small island in the Bahamas, and Columbus, believing that he had finally reached Asia, called the natives he encountered “Indians.” The truth, as we now know, is that he had serendipitously discovered a continent entirely unknown to Europe.

Beginning in the early 18th century, the European colonies in the New World came to be known as “Columbia.” The association between Columbus and America continued to prosper as the revolutionary colonists sought to distance themselves from England. In Columbus, they found a hero who had challenged the unknown sea, leaving the Old World for a new beginning on a virgin continent—much as they were attempting to do. As scholars note, “Having effected a violent separation from England and its cultural and political icons, America was left without history—or heroes. . . . A new national story was needed, yet the Revolutionary leaders, obvious choices for mythical transformation, were loath to be raised to their pedestals.”

In the years following the American Revolution, Columbia, the feminine counterpart to Christopher Columbus, emerged as yet another icon for the young republic. As the first Lady Liberty, Columbia was dressed in classical robes and a liberty cap, often decorated with the stars and stripes of America. King’s College in New York changed its name to Columbia College in 1784—for the purpose of showing “the glorification of America”—and South Carolina made its capital city “Columbia” just a few years later. “Hail Columbia” served as our nation’s unofficial anthem until “The Star-Spangled Banner” became official in 1931. Columbus was a popular subject for American poetry, appearing in Philip Freneau’s 1774 The Pictures of Columbus, Joel Barlow’s 1787 The Vision of Columbus, and Phillis Wheatley’s 1775 “To His Excellency George Washington.” And, of course, in 1791, the Territory of Columbia—later known as the District of Columbia—was designated as the seat of federal government. By 1792, there was a movement to officially name the country Columbia. That same year, New York City’s Columbian Order—better known as Tammany Hall—held the first celebration of Columbus Day in America, commemorating the tercentenary of Columbus’s landing in America. The city of Baltimore, Maryland erected a 44-foot-tall brick obelisk in Columbus’s honor.

Over the next century, many Catholic and Italian communities, noting that Columbus, too, was both Catholic and Italian, began to celebrate the explorer and hold him up as one of their own. The first distinctly Italian-American celebration of Columbus Day occurred in New York City in 1866 at an annual sharpshooting contest at which a banquet and dance was held. By 1869, New York had taken to decorating ships in the harbor with Italian and American flags, in addition to hosting a carnival and parade. Italian-Americans in San Francisco conducted their first “Discovery Day” parade in 1869—an annual event that soon included a reenactment of Columbus first setting foot in the New World. By 1876, Columbus Day celebrations were being held annually in St. Louis, Boston, Cincinnati, and New Orleans. Italian-Americans even launched a campaign to have the explorer canonized. Though Rome was not convinced (Columbus had not, to anyone’s knowledge, performed any miracles), in 1892, Pope Leo XIII did issue a special encyclical calling on all clergy in the Americas and in Europe to hold a special Mass each Columbus Day.

During the mid-19th century, in the face of ardent anti-immigration and anti-Catholic activism, many who found themselves targets of this animus invoked Columbus as a symbol that legitimized their right to citizenship. During this time, organizations like the Knights of Columbus, a Catholic American fraternal organization, adopted his name and rose to prominence as they fought discrimination against struggling immigrants. As historian Thomas J. Schlereth writes, “Columbus was a world hero against American nativism. . . . As Catholic descendants of Columbus, member knights [of Columbus] were ‘entitled to all the rights and privileges due such a discovery by one of our faith.’” On the cusp of the 400th anniversary of Columbus’s landfall, the Knights of Columbus and various other Italian-American organizations began to lobby Congress for federal recognition of Columbus Day.

While Italians and Catholics rallied around Columbus in the name of civil rights and equality, his other admirers invoked him as a symbol of patriotism, progress, and westward expansion. In 1892, at the direction of Congress, President Benjamin Harrison delivered a proclamation that made October 12, “the four hundredth anniversary of the discovery of America by Columbus, [ . . . ] a general holiday for the people of the United States. On that day let the people, so far as possible, cease from toil and devote themselves to such exercises as may best express honor to the discoverer.”

In preparation for the quatercentenary celebration, New York City erected a statue of Columbus, in what is now known as Columbus Circle. Forty thousand people gathered in New Haven, Connecticut to listen to odes to Columbus and to watch 6,000 members of the Knights of Columbus march in a parade. And at Chicago’s World Fair, which was dubbed “The Columbian Exposition,” replicas of Columbus’s three ships were built and displayed. At this event, Senator Chauncey M. Depew of Kansas extolled Columbus’s virtue in superlative terms:

All hail, Columbus, discoverer, dreamer, hero, and apostle . . . The voice of gratitude and praise for all the blessings which have been showered upon mankind by his adventure is limited to no language, but is uttered in every tongue. Neither marble nor brass can fitly form his statue. Continents are his monument, and unnumbered millions, present and to come, who enjoy in their liberties and happiness the fruits of his faith, will reverently guard and preserve, from century to century, his name and fame.

The first official, annual Columbus Day holiday was proclaimed by Governor Jesse F. McDonald of Colorado in 1907. Two years later, Tammany Hall man Timothy Sullivan introduced a successful bill in the New York state legislature to make Columbus Day a state holiday. By 1910, 15 states had officially adopted the holiday. Over time, many more states followed suit, and in 1934 Congress made Columbus Day an official holiday of the United States, to be celebrated annually on October 12. As a result of the Uniform Monday Holiday Act, which became effective in 1971, Columbus Day is now observed on the second Monday in October each year.

While the Columbus Day celebrations of the nineteenth century were often resisted because of their association with Catholicism and immigration, resistance to the celebration today has emerged on altogether different grounds. Renewed attention has been given to the darker aspects of the explorer’s journeys, including the enslavement and maltreatment of natives, the diseases that the Europeans brought with them to the New World, and the opening of the Atlantic slave trade.

As a result of the contention surrounding Columbus’s legacy, some states have chosen either to celebrate alternatives to Columbus Day, or to not observe it at all. Hawaii does not recognize Columbus Day, instead celebrating Discoverers’ Day, commemorating the Polynesian discoverers of Hawaii. South Dakota likewise does not recognize Columbus Day, celebrating instead an official state holiday known as Native American Day. In addition to these states, some counties and cities throughout the country have opted to celebrate October 12 as “Indigenous People’s Day” or “Native American Day,” rather than Columbus Day.

Perhaps somewhere between the false dichotomies of Columbus as either hero or villain, the real Christopher Columbus—human, adventurous, imperfect—can be found. As the historian Felipe Fernández-Armesto notes, the answer to whether Columbus was saint or criminal “is that he was neither but has become both. The real Columbus was a mixture of virtues and vices like the rest of us, not conspicuously good or just, but generally well-intentioned, who grappled creditably with intractable problems.”

So, too, have the Americans who have followed Columbus’s path to the New World. 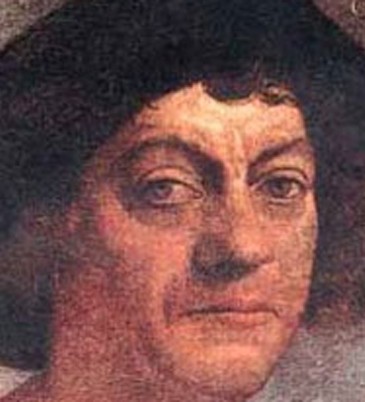