The Origins and Traditions of Washington’s Birthday Holiday

Remembering the birthday of George Washington—February 22, 1732—should be a particularly cherished national obligation. Americans celebrated Washington’s Birthday long before Congress in 1879 declared it a holiday for federal workers in the District of Columbia, and, in 1885, a holiday for federal employees everywhere. It was celebrated at Valley Forge in 1778, and, after the Founding, it was annually, if unofficially, marked throughout the new republic. Writing in American History, historian Richard Brookhiser notes, “No need to say whose birthday, or who the big man was; February 22, as every American knew, was the birthday of Present George Washington, the biggest man in the infant United States.”

In 1832, as the centennial of Washington’s birth approached, Congress debated how best to honor the Founding Father who, according to fellow Virginian Henry Lee, was “first in war, first in peace, and first in the hearts of his countrymen.” Kentucky Senator Henry Clay suggested that the federal government remove Washington’s body from his home at Mount Vernon and that a tomb be erected within the US Capitol—an idea originally proposed by John Marshall (future Supreme Court Justice) and unanimously approved by Congress in 1799, but delayed indefinitely due to lack of funding. However, by 1832, regional and political differences made the proposal much more divisive, with Virginia Senator John Tyler declaring that a removal of Washington’s body from his state would impede on Virginia’s rights. He urged Congress to refrain from exhibiting Washington “in the Capitol as a spectacle to a gaping crowd.” Southern congressmen agreed with the Virginians (and Senator John Forsythe of Georgia even read aloud Washington’s will, which designated Mount Vernon as his burial place), while those from northern states tended to favor the transfer. Eventually, the bill passed (109-76 in the House and 29-15 in the Senate), but Washington’s heirs declined the federal application, and Washington remains entombed “on the banks of the Potomac, &; under the shadow of [his] own Vine &; [his] own Fig-tree” at Mount Vernon.

For all the debate over Washington’s final burial place, the centennial of Washington’s birthday was celebrated with parades, orations, and festivals across the country, and Congress itself adjourned for the day out of respect for his memory.

Thirty years later, in 1862, the Union threatened by Civil War, Congress chose to celebrate the 130th anniversary of Washington’s birthday by reading the first president’s Farewell Address to the nation. A group of citizens from Philadelphia had petitioned Congress to this effect, and Tennessee Senator Andrew Johnson made the motion in the Senate. “In view of the perilous condition of the country,” he said, “I think the time has arrived when we should recur back to the days, the times, and the doings of Washington and the patriots of the Revolution, who founded the government under which we live.” On February 22, Congress met in a joint session and, joined by members of the Supreme Court, military officers, and members of President Abraham Lincoln’s cabinet (Lincoln himself, whose son Willie had died two days earlier, did not attend), listened as Secretary of the Senate John W. Forney read Washington’s Farewell Address.

In 1888, the Senate reintroduced this ceremony and, within a few years, made its observance an annual tradition. Every year since 1896, the body has selected one of its members to read the Farewell Address aloud, in legislative session, in honor of Washington’s Birthday. (Unfortunately, this tradition has lost much of the attention it once held among members of the Senate. In 2012, only two senators—Jeanne Shaheen of New Hampshire, who was reading the address, and Richard Blumenthal of Connecticut, who was presiding over the Senate—were in the chamber at the time of the reading.)

On February 22, 1927, President Calvin Coolidge addressed a joint session of Congress to officially commence the planning of festivities for the 1932 bicentennial of Washington’s birthday, declaring that Washington “was the directing spirit without which there would have been no independence, no Union, no Constitution, and no Republic.” Five years later, President Herbert Hoover addressed the same body as towns across the nation held public festivals, parades, and speeches to celebrate the 200th anniversary of the birth of the nation’s first president.

In 1968, the tradition of honoring Washington on his actual birthday changed. That year, members of Congress approved, and President Lyndon B. Johnson signed into law, the Uniform Monday Holiday Act to “provide uniform annual observances of certain legal public holidays on Mondays.” By creating more three-day weekends, Congress hoped to “bring substantial benefits to both the spiritual and economic life of the Nation,” while preventing midweek holiday interruptions. When signing the act, Johnson noted, “This will mean a great deal to our families and our children. It will enable families who live some distance apart to spend more time together.”

To add to the confusion, the Uniform Monday Holiday Act also included a provision, championed by Illinois Senator Robert McClory, to change the name of Washington’s Birthday to Presidents’ Day, given the day’s proximity to Abraham Lincoln’s birthday on February 12. Congress did not approve McClory’s proposal, but many states did, with the result that, by the mid-1980s, the day was known to most Americans as Presidents’ Day. Although the federal holiday remains Washington’s Birthday, the change in the popular conception of the day has caused confusion regarding whether we are honoring only Washington and his fellow February giant, Lincoln, or all the presidents, regardless of merit. 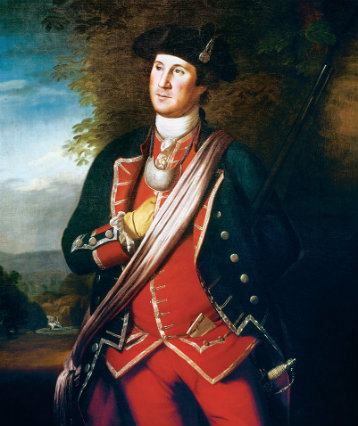