The Rise of Washington

Books instruct and inspire, habitual practice produces character, but in George Washington’s case it is most of all the deeds that make the man. And, in the view of American author and editor Myron Magnet (b. 1944), from whose crisply written 2012 essay this selection is excerpted, it is great men who make history and George Washington is, for this thesis, “Exhibit A.” This selection provides a synoptic yet engaging account of Washington’s rise from promising young man to commander in chief of the American army in the War of Independence, tracing his path from surveyor to militia man to entrepreneur in land speculation to delegate to the Virginia House of Burgesses to military leader. The selection ably weaves together Washington’s entry upon his full maturity with the historical events leading up to the birth of the nation that he was to help found and lead.

What, according to Magnet, does Washington learn from his experiences—as surveyor, soldier, entrepreneur, etc.—and how do those experiences form his vision for his future nation and prepare him for his starring role in bringing it into being? What in particular does he learn from (a) his time with Braddock, and (b) his “three hard years of patrolling the frontier”? Although he did not have a rebellious nature, Washington gradually comes to see the necessity of revolution. What led him to this conclusion? How does he rise from being “a lightweight in the House of Burgesses” to being its leader? What do you see of Washington at this stage of his life that might lead you to predict that he would become what historian James Flexner called “the Founding’s indispensable man”?

For we who believe that great men, not impersonal forces, make history, George Washington is Exhibit A. As the Revolution’s commander in chief, president of the Constitutional Convention, and first president of the United States, he was luminously the Founding’s indispensable man, in biographer James Flexner’s pitch-perfect phrase. A pragmatic visionary—that familiar American combination—he conceived from his hard-won experience in the French and Indian War the central Founding ideas of an American union under a strong executive three decades before the Constitutional Convention, and his hardships in the Revolution led him to forge that vision into a plan. An ambitious entrepreneur, he shared the “spirit of commerce” he knew was America’s ruling passion, and he eagerly foresaw a nation where industry and trade, not just farming, would provide opportunity for all and would generate the wealth he thought key to national power and security, a vision he fulfilled in his two terms as president. He had a born leader’s knack of attracting brilliant, like-minded young men to work with him to fill in the details and make his dream a reality, and he fired them up with ample measures of praise and credit. They were visionaries together, but he was the visionary in chief.

Continue reading this selection from Myron Magnet’s “Washingtonianism” at City Journal. This selection is composed of the first 31 paragraphs of that essay. 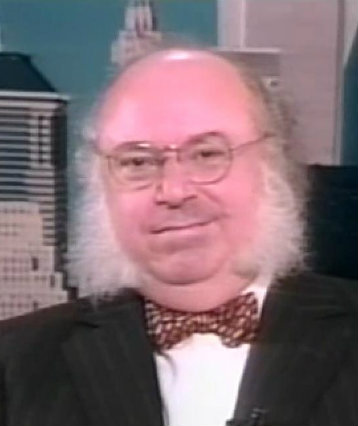