The Vow of Washington

In previous generations, Americans have celebrated not only Washington’s birthday but also the anniversary of his inauguration as America’s first president. This poem, composed by John Greenleaf Whittier (1807–92), was read on April 30, 1889, at the centennial celebration of Washington’s first taking the oath of presidential office in New York City. How does Whittier describe the scene and national mood? What was the vow of Washington, and why did “freedom’s great experiment” succeed? How does the poet deal with the Civil War in relation to Washington’s vow? Why is Washington’s name “our Union-bond” and why should we “take on our lips the old Centennial vow”?

The sword was sheathed: in April’s sun
Lay green the fields by Freedom won;
And severed sections, weary of debates,
Joined hands at last and were United States.

O City sitting by the Sea!
How proud the day that dawned on thee,
When the new era, long desired, began,
And, in its need, the hour had found the man!

One thought the cannon salvos spoke,
The resonant bell-tower’s vibrant stroke,
The voiceful streets, the plaudit-echoing halls,
And prayer and hymn borne heavenward from St. Paul’s!

How felt the land in every part
The strong throb of a nation’s heart,
As its great leader gave, with reverent awe,
His pledge to Union, Liberty, and Law!

That pledge the heavens above him heard,
That vow the sleep of centuries stirred;
In world-wide wonder listening peoples bent
Their gaze on Freedom’s great experiment.

Could it succeed? Of honor sold
And hopes deceived all history told.
Above the wrecks that strewed the mournful past,
Was the long dream of ages true at last?

Thank God! the people’s choice was just,
The one man equal to his trust,
Wise beyond lore, and without weakness good,
Calm in the strength of flawless rectitude!

His rule of justice, order, peace,
Made possible the world’s release;
Taught prince and serf that power is but a trust,
And rule, alone, which serves the ruled, is just;

That Freedom generous is, but strong
In hate of fraud and selfish wrong,
Pretence that turns her holy truths to lies,
And lawless license masking in her guise.

Land of his love! with one glad voice
Let thy great sisterhood rejoice;
A century’s suns o’er thee have risen and set,
And, God be praised, we are one nation yet.

And still we trust the years to be
Shall prove his hope was destiny,
Leaving our flag, with all its added stars,
Unrent by faction and unstained by wars.

Lo! where with patient toil he nursed
And trained the new-set plant at first,
The widening branches of a stately tree
Stretch from the sunrise to the sunset sea.

And in its broad and sheltering shade,
Sitting with none to make afraid,
Were we now silent, through each mighty limb,
The winds of heaven would sing the praise of him.

Our first and best!—his ashes lie
Beneath his own Virginian sky.
Forgive, forget, O true and just and brave,
The storm that swept above thy sacred grave.

For, ever in the awful strife
And dark hours of the nation’s life,
Through the fierce tumult pierced his warning word,
Their father’s voice his erring children heard.

The change for which he prayed and sought
In that sharp agony was wrought;
No partial interest draws its alien line
’Twixt North and South, the cypress and the pine!

One people now, all doubt beyond,
His name shall be our Union-bond;
We lift our hands to Heaven, and here and now.
Take on our lips the old Centennial vow.

For rule and trust must needs be ours;
Chooser and chosen both are powers
Equal in service as in rights; the claim
Of Duty rests on each and all the same.

Then let the sovereign millions, where
Our banner floats in sun and air,
From the warm palm-lands to Alaska’s cold,
Repeat with us the pledge a century old! 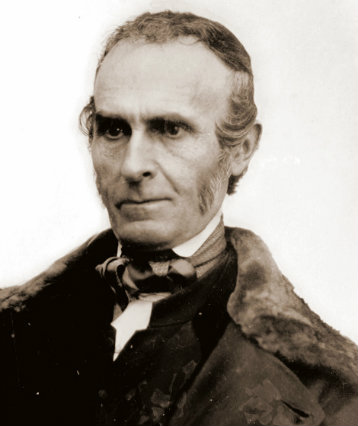