To His Excellency General Washington

This difficult poem, written in neoclassical style, is included in this collection partly because of the remarkable story of its author, partly to show how early the celebration of Washington began, and how widely he was admired. Phillis Wheatley (1753?–84) was born in Africa and brought in 1761 on a slave ship to Boston, where she was purchased by a Mr. Wheatley. But her extraordinary intelligence and character soon led the Wheatleys to treat her more as a family intimate than as a slave. Displaying a thirst for learning, she acquired, without formal schooling, a first-rate education and great familiarity with the best authors, and from an early age she wrote poetry; a volume of her verse was published in London when she was but 19 years old. This poem of martial hope and praise, written at the start of the American Revolution when the result was utterly in doubt, Wheatley sent to Washington on October 26, 1775. Washington replied in a personal letter on February 28, 1776. Readers of the poem should know that “Columbia” was both a historical and poetic name used for America, and also the name of America’s female personification (later “Lady Liberty”).

How does Wheatley view the emerging Revolutionary War and how does she see Columbia’s armies? Who is the goddess of stanza two, and what is her role? How, in the third stanza, does Wheatley present the relation between Washington and the army? What, in the fourth stanza, is the place of Columbia among the nations? What, in the last stanza, does the poet wish for Washington and see as his just deserts? Would such a result be compatible with the spirit of liberty to which she is devoted?

Celestial choir! enthron’d in realms of light,
Columbia’s scenes of glorious toils I write.
While freedom’s cause her anxious breast alarms, She flashes dreadful in refulgent1 arms.
See mother earth her offspring’s fate bemoan,
And nations gaze at scenes before unknown!
See the bright beams of heaven’s revolving light
Involved in sorrows and the veil of night!

The goddess comes, she moves divinely fair,
Olive and laurel binds Her golden hair:
Wherever shines this native of the skies,
Unnumber’d charms and recent graces rise.

Muse! bow propitious2 while my pen relates
How pour her armies through a thousand gates,
As when Eolus3 heaven’s fair face deforms,
Enwrapp’d in tempest and a night of storms;
Astonish’d ocean feels the wild uproar,
The refluent4 surges beat the sounding shore;
Or thick as leaves in Autumn’s golden reign,
Such, and so many, moves the warrior’s train.
In bright array they seek the work of war,
Where high unfurl’d the ensign waves in air.
Shall I to Washington their praise recite?
Enough thou know’st them in the fields of fight.
Thee, first in peace and honors—we demand
The grace and glory of thy martial band.
Fam’d for thy valour, for thy virtues more,
Hear every tongue thy guardian aid implore!

One century scarce perform’d its destined round,
When Gallic powers Columbia’s fury found;
And so may you, whoever dares disgrace
The land of freedom’s heaven-defended race!
Fix’d are the eyes of nations on the scales,
For in their hopes Columbia’s arm prevails.
Anon Britannia droops the pensive5 head,
While round increase the rising hills of dead.
Ah! cruel blindness to Columbia’s state!
Lament thy thirst of boundless power too late.

Proceed, great chief, with virtue on thy side,
Thy ev’ry action let the goddess guide.
A crown, a mansion, and a throne that shine,
With gold unfading, Washington! be thine. 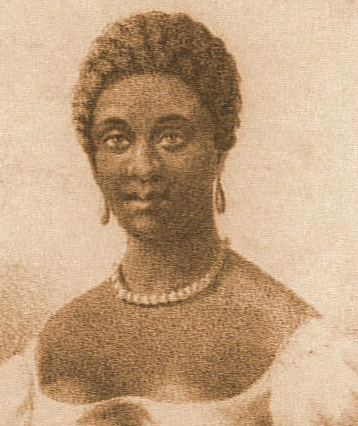