Tell All the Truth But Tell It Slant

Emily Dickinson (1830–86) once defined poetry this way: “If I read a book and it makes my whole body so cold no fire can warm me I know that is poetry. If I feel physically as if the top of my head were taken off, I know that is poetry.” Dickinson’s elliptical poem #1129, “Tell all the truth but tell it slant” (1868), often affects readers the same way. With its paradoxical first lines, it is widely considered to be a key statement of Dickinson’s own approach to writing poetry.

Dickinson came from a prominent family in Amherst, Massachusetts. Her father was a Yale-educated lawyer who also served as a state legislator and a one-term congressman. Dickinson spent seven years at Amherst Academy, enjoying many unique educational opportunities because of the school’s connection to nearby Amherst College. She took classes in English, classical literature, botany, geology, history, philosophy, and arithmetic. After finishing at Amherst Academy, she enrolled at Mount Holyoke Female Seminary, but left after just one year. For the remainder of her life, Dickinson stayed secluded at her house in Amherst, never marrying or having children. Her many poems were not published during her life, and some were never completed. It was only after her death that her work became revered by literary critics and the general public.

What does it mean to tell something slant? As you read the poem, consider the repeated images of light, seeing, and blindness. What do these images suggest about the nature of truth? Does the poet have any particular truth(s) in mind? What truths are best approached indirectly? Can one tell “all the truth” while telling it “slant”?

Tell all the truth but tell it slant—
Success in circuit lies,
Too bright for our infirm delight
The truth’s superb surprise;

As lightning to the children eased
With explanation kind,
The truth must dazzle gradually
Or every man be blind— 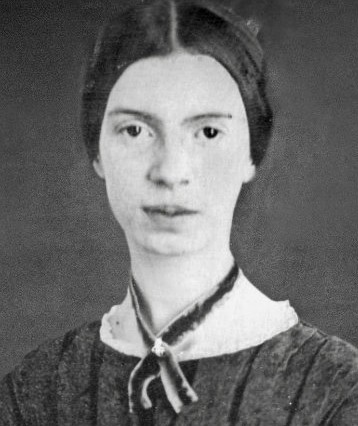