Materials Included | Begin by reading Benjamin Franklin’s “Project for Moral Perfection” on our site or in your copy of What So Proudly We Hail.

Materials for this guide include background information about the author and discussion questions to enhance your understanding and stimulate conversation about the story. In addition, the guide includes a series of short video discussions about the story, conducted by Wilfred McClay (University of Tennessee–Chattanooga) with the editors of the anthology. These seminars help capture the experience of high-level discourse as participants interact and elicit meaning from a classic American text. These videos are meant to raise additional questions and augment discussion, not replace it.

As the youngest son of the youngest son for five generations back, Benjamin Franklin (1706–90) was by custom and tradition destined to be a nobody. Yet thanks to his own resourcefulness, he more than escaped his destiny. His life spanned the 18th century, and he managed to see and to participate firsthand in much that it had to offer.

Reared in Boston, Franklin struck out on his own at age 17 to escape traditional and familial authority, arriving in Philadelphia alone and without any visible means of support. By age 24, he had established his own printing business. Thereafter, in fairly short order, he entered public life and established his indispensability, first to his city, then to his country, and then to the world. He achieved worldwide fame for his writings and statesmanship, his scientific discoveries and inventions, and his philanthropy—or, as he preferred to call it, his “usefulness” as a citizen.

We are indebted to Franklin for many things, including the invention of bifocals, street lamps, the one-arm desk chair, the fireplace damper, and the “Franklin” stove; the founding of the first public library, the first fire insurance company, the University of Pennsylvania, and the American Philosophical Society; and his vast service to our new nation, as delegate, counselor, author, and diplomat.

By all measures, Benjamin Franklin was no ordinary man—not in his own time, not in any time. Yet when he sat down, during the last twenty years of his life, to write his autobiography (a work written in four different spurts), he crafted an account of himself and his life which seems intended to serve as a model for every American, then and now: He addressed his audience as “Dear Son,” that is, as one extended family; he omits mention of nearly all of his great accomplishments; he speaks in an engaging and light-hearted manner that hides his own superiority. His “bold and arduous Project of arriving at moral Perfection” (found in Part II of the Autobiography) is clearly written as a model that others would do well to imitate. It is the only project that the great Projector turned on himself, and he attributes his own happiness and worldly success to its virtues and methods. With characteristic understatement, he expresses the hope that “some of my descendants may follow the example and reap the benefits.” 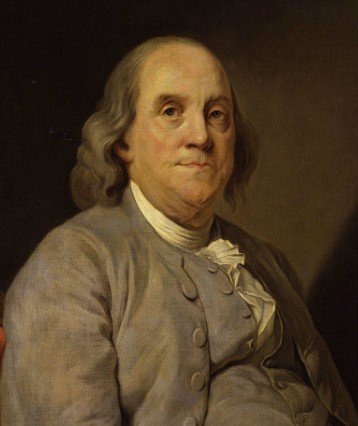 Writing the Autobiography in his 79th year, Franklin looks back—almost “once upon a time”—to when, at age 22, he undertook “the bold and arduous Project of arriving at moral Perfection.” He wanted to live without committing any fault. He wanted to conquer all that natural inclination, custom and tradition, or the company of others might lead him to wrongly do. He wanted, in short, to reform himself, by himself, to possess full self-command. Alas, he discovered that this was no easy task. Bad habits and wayward inclinations continued to lead him astray. He therefore decided to undertake a more methodical approach.

He prepared a list of 13 virtues that he considered either necessary or desirable. To each named virtue, he affixed a short precept that, he says, “fully express’d the Extent I gave to its Meaning” (2). Eager to attain the habit of each of these virtues, he set up a regimen whereby he would concentrate on one virtue at a time, devoting a week to the practice of each, before going on to the next. There being 13 virtues, he managed to perform four 13-week programs a year, a practice he continued for many years until his busy life rendered it inconvenient. The order of the virtues, dictated in part by the fact that the prior acquisition of some of the virtues would make easier the acquisition of the next, is as follows: (1) temperance, (2) silence, (3) order, (4) resolution, (5) frugality, (6) industry, (7) sincerity, (8) justice, (9) moderation, (10) cleanliness, (11) tranquility, (12) chastity, and (13) humility. To aid in his practice, he prepared a little book in which he recorded his daily successes or failures with each of the virtues. He also devised a daily schedule, which helped him give each part of his business its allotted and proper time.

Summing up his progress and success, Franklin reports that he never did arrive at moral perfection and, indeed, “fell far short of it” (7). Nevertheless, he claims that he was a better and happier man than if he had never attempted the project. Moreover, he relates specific benefits that he has enjoyed as a result, both of some particular virtues and of the entire package: felicity, health, prosperity, knowledge, reputation, the confidence of his country and the offices conferred upon him, and the even temper and cheerful conversation that made everyone seek his company. He here invites his readers to imitate him and to reap the same benefits.

Franklin’s project at first glance seems designed to achieve a self-defined self-perfection, entirely by his own efforts: He is to become a self-made, self-commanding, and self-sufficient person. At the same time, however, he calls attention to how his acquisition of self-command made possible his many opportunities for public service and civic achievement. And he also touches both directly and indirectly on certain traditional religious teachings, with which he is explicitly and tacitly in conversation.

A. “The Bold and Arduous Project for Arriving at Moral Perfection”
Video Excerpt 1

WATCH: What is a “Project”? What does it mean to have a project?

B. The Thirteen Virtues and the Method for Attaining Them
Video Excerpt 2

WATCH: What would a person who embodied Franklin’s virtues be like?

WATCH: What are the results of Franklin's project? What did he achieve from it?

WATCH: Why does Franklin use humor and irony? 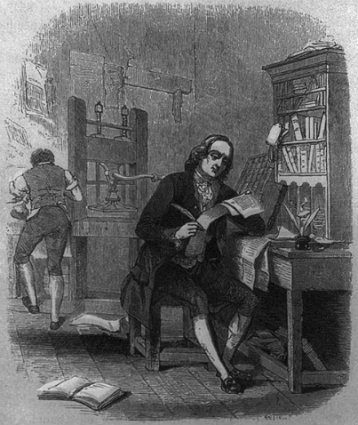 We have already noted that the Franklin who is the protagonist of the Autobiography differs from the Franklin who writes it: protagonist Franklin lacks much of the superiority of author Franklin. This device is, we suggest, part of the author’s rhetorical strategy for enabling the reader to identify with—and to wish to emulate—the “hero” of the book.

If this is correct, then Franklin is doing something more than merely telling us his life story. He is trying to educate future generations of Americans toward becoming better, happier, and more useful citizens of the United States. He is trying to prepare them to become, like him, a man capable of both personal and political self-government—in a word, to become free. (In Middle English, the word “frank” means “to be free”; hence to become a “Franklin” is, literally, to become a free man.) Accordingly, when we think with the text—and not just about the text—we should think about the implication of Franklin’s teachings (both in content and in manner) for America and for the American character and its education.

A. Human Being and Citizen
Video Excerpt 1

WATCH: How is self-command related to public-spiritedness?

B. The Virtues of Civic Life
Video Excerpt 2

WATCH: How do the Franklinian virtues compare to more traditional conceptions of virtue and morality? 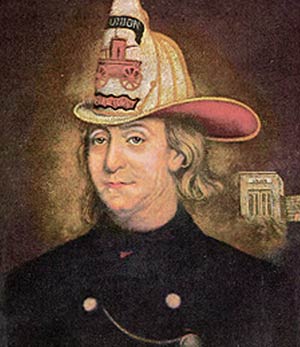 Continue on to The Meaning of America - Sesssion 7: Law-Abidingness