In Memory of Amy Kass 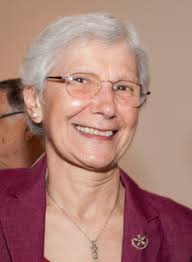 Born Amy Judith Apfel in 1940, Mrs. Kass grew up in New York City, where she graduated from the High School of Music and Art. She was educated in the College of the University of Chicago, and then earned a Master’s Degree at Brandeis University and a Ph.D. in the history of education at The Johns Hopkins University. She began teaching at Lincoln-Sudbury Regional High School in Sudbury, MA, and later at St. John’s College in Annapolis, MD, but her vocation was fulfilled during 34 years teaching in the College of the University of Chicago.

There, through her intimate seminars, she brought to life great works of Western Civilization and opened the hearts and broadened the minds of hundreds of undergraduates. Through her searching questions, freely yet tenaciously pursued, students were invited to think deeply not only about the works of Homer and Shakespeare, George Eliot and Tolstoy, Tocqueville and Melville, but also about themselves, our common humanity, and the path they might chart toward living a good life. Generations of her students benefited from her deep interest in who they were and who they might become. Treating them as better than they knew themselves to be, she enabled them to raise their sights and to aspire to meet her expectations of them. Her practice of educating for thoughtfulness is institutionalized at Chicago in the ongoing Human Being and Citizen common core course, which she co-founded (with her husband and colleague, Leon Kass) and led for three decades, and in the Fundamentals: Issues and Texts Bachelor’s Program, in which she was a most influential teacher and advisor.

In addition to her teaching, Mrs. Kass served on the National Council on the Humanities for the National Endowment for the Humanities, as a consultant to the Corporation for Public Broadcasting and the Corporation for National and Community Service, and most recently as a Senior Fellow at the Hudson Institute. She founded the “Tocqueville Seminars on Civic Leadership” and nationwide “Dialogues on Civic Philanthropy”, authored numerous articles, and edited anthologies on American autobiography and on the idea and practice of philanthropy. With her husband, she produced two or more anthologies, one on courting and marrying (Wing to Wing, Oar to Oar), and one on American national identity and civic attachment (What So Proudly We Hail: The American Soul in Story, Speech, and Song), as well as a series of e-books on The American Calendar, one for each of ten national holidays.

The Amy Kass Mother of Valor Fund, dedicated to Amy A. Kass, of Blessed Memory, will directly support the pregnancy counseling services In Shifra’s Arms provides.

Leon Kass speaks about his late wife, Amy, at the In Shifra’s Arms 2018 Annual Gala, as part of the inauguration of the Amy Kass Mother of Valor Fund.

Ken Weinstein and Caitrin Nichol Keiper pay tribute to Amy Kass at the In Shifra’s Arms 2018 Gala, as part of the inauguration of the Amy Kass Mother of Valor Fund.

“Autobiographers as Teachers: Toward Solving the Problem of Civic Education,” in Philip Jackson and Sophie Haroutunian-Gordon, editors, From Socrates to Software: The Teacher as Text and the Text as Teacher, Eighty-ninth Yearbook of the National Society for the Study of Education, Chicago, 1989.

“After the Fall,” review of Mark Schwehn, Exiles from Eden, in First Things, August/September 1993.

“Who Am I?: Autobiography and American Identity,” in College Teaching, Fall 1995.

“A Case for Courtship,” Institute for American Values, 1999.

“On Giving and Human Excellence,” Conversations on Philanthropy, Volume II, 2005.

[with Leon R. Kass and Diana Schaub] “Citizenship and Memory,” National Review, May 2011.

The Meaning of Memorial Day, video discussion, May 2011.

The 2007 Bradley Symposium: Who Are We Today?, video discussion, Hudson Institute, May 2007.

The University of Chicago (Partial Listing)

Her obituary: “Through her searching questions, freely yet tenaciously pursued, students were invited to think deeply not only about the works of Homer and Shakespeare, George Eliot and Tolstoy, Tocqueville and Melville, but also about themselves, our common humanity, and the path they might chart toward living a good life.”

William Kristol: “Amy was a truly remarkable woman. A legendary teacher at the University of Chicago and a very fine scholar, she was at once a most perceptive student of great literature and a spirited and enlightened patriot.”

Yuval Levin: “Amy’s teaching and writing were driven by the conviction that the stories we tell shape our souls and bind us together, and by the worry that we too often now fail to take care about how our souls are shaped and how (or whether at all) we are bound together in community.”

Gertrude Himmelfarb: “In her reflections on the teaching of the Great Books, Amy made a large point of the lesson she imparted to her students—that the principles they learned from the Ancients were meaningful only if they were applied to their personal lives.”

Robert P. George: “She was the best kind of patriot—one who loved her country not simply because it was hers, but because its principles, however often we Americans as a people have failed to live up to them, are true and good. Her constant endeavor was to inspire us to live up to them more perfectly.”

William Schambra: “Amy Kass taught us to be better people, better citizens, in a better nation. And she taught us well.”

Gary Schmitt: “As the great teacher she was, Amy understood the need for students to feel like they had discovered some new land themselves… even when she had slipped them the map and compass to get them there.”

UChicago: “When summarizing her UChicago career, she wrote that her lifelong mission was to teach people to ‘read great books slowly and critically, to refine their ideas, to enlarge their sympathies, and to aspire to a richer life beyond self-centered quests for gain, fame or power.’”

Caitrin Keiper: “With wisdom and authority to spare, Amy Apfel Kass, who passed away on August 19, could easily have been a great professor. Instead, she was the greatest of teachers.”

Caitrin Keiper II: “Amy was my favorite teacher, and also, objectively, the best. I was neither her best nor her favorite student, but she always made me feel as if I were.”

Diana Schaub: “She was, above all else, a teacher, with the patience and humility that requires—humility before the text and author under consideration, humility in the face of the ‘mysterious mixture’ that is human nature, humility in treating her students as potential equals in philosophic conversation.”

Bret Stephens: “Amy Kass’s truest teaching was the way in which she chose to lead her life. It left an indelible mark on mine. May her memory be for a blessing.”

Hyde Park Herald: “Generations of her students benefited from her deep interest in who they were and who they might become. Treating them as better than they knew themselves to be, she enabled them to raise their sights and to aspire to meet her expectations of them.”

Rick Cohen: “Amy Kass found her answers, or the texts that would help stimulate thinking toward answers, in many arenas, and enthrallingly to us, in literature.”

Ido Hevroni: “She was an attentive teacher, sharp, and wise. She encouraged us to speak our minds, and listened closely and patiently to each idea, even if it was incomplete, and she gently guided the speakers to formulations that were clearer and more coherent.”

NAS: “As a teacher she cared deeply for her students’ souls, not just their choices or lifestyles. As an author and speaker she consistently sought to renew readers’ interests in perennial questions while also not shying away from informing and elevating current debate.”

ACTA: “Throughout her life, she cultivated and defended the cultural and political institutions that have been the glory of our nation. She taught the enduring values of civilization, and she modeled them in her own life.”

Quin Hillyer: “A lady rich in mind and heart. . . with a mind fine-tuned, and sensibilities refined, so that she was a joy to converse with.”

Michael Lawrence Wilson: “We read about many different kinds of human excellence, but none of these literary examples struck me as vividly as the example of Mrs. Kass herself: intensely smart but never merely clever or showy; respectful, but not afraid to question or disagree; inclusive; courageous; serious yet also wry, funny and good humored; challenging us all to be better.”

Eric Cohen: “Our generation’s greatest teacher, a gift to all those who have been fortunate enough to be her student.”

Cassandra Hough: “Although I enjoyed only a small handful of meetings with Amy, those impressions left a lasting impression on me. Amy exuded warmth, and immediately drew a person out of herself and into the context of a friendship.”

David Upham: “I thank God for her.  I wish I had known her as a teacher–and I regret not ever having met her.  Still, I am grateful for the influence her work has had on my life, and I hope to meet her in the world to come.”

David Reingold: “Her commitment as an educator reinforces my belief in the centrality of the educational mission of research faculty. Please cherish your time with our students. For many of us, it is where we will leave our most lasting impact in the academy.”

National Endowment for the Humanities: “Throughout her distinguished teaching career at the University of Chicago, Kass imparted to her students her passion for great works of literature and conviction that engagement with the humanities is fundamental to informed citizenship and civic participation”

Chicago Tribune: “Amy Apfel Kass taught literature for 34 years at the University of Chicago, where she and her professor husband cofounded a course that explores what it means to be a good citizen and human being.”