Up on the Housetop

The year 1864 was a difficult one for Benjamin Hanby (1833–67), a young minister and composer. Living in Ohio, he had just resigned from his second church, due to his controversial views on music in church services and opposition to slavery. To support his wife and two children, he started a singing school and began writing music. In his lifetime he would publish over 80 songs, including this famous holiday song and “Jolly Old Saint Nicholas.” One of the first secular Christmas songs composed in the United States, “Up on the Housetop” is also the first to take as its theme Santa Claus (likely borrowed from Clement Moore’s poem “’Twas the Night Before Christmas”).

Upon the house, no delay, no pause
Clatter the steeds of Santa Claus;
Down thro’ the chimney with loads of toys
Ho for the little ones, Christmas joys.

Look in the stockings of Little Will,
Ha! Is it not a “glorious bill?”
Hammer and gimlet and lots of tacks,
Whistle and whirligig, whip that cracks.

Snow-white stocking of little Nell,
Oh pretty Santa cram it well;
Leave her a dolly that laughs and cries,
One that can open and shut its eyes

Here are the stockings of Lazy Jim,
What will the good Saint do for him?
Lo! he is filling them up with bran
There, he is adding a new rattan![*]

Pa, ma, and Uncle, and Grandma too,
All I declare have something new;
Even the baby enjoys his part,
Shaking a rattle, now bless his heart.

Rover come here, are you all alone,
Haven’t they tossed you an extra bone?v Here’s one to gladden your honest jaws
Now wag a “thank’ee” to Santa Claus.

[*] Like a lump of coal, a rattan rod and bran were said to be left in the stockings of naughty children. Return to The Meaning of Christmas Day 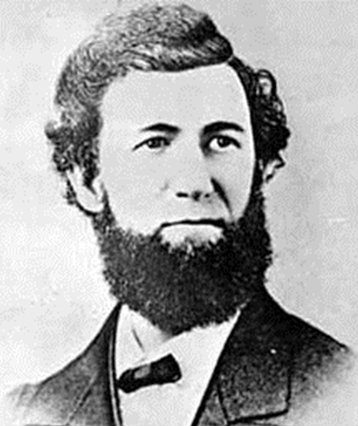