Jack Conroy (1898–1990) was a “worker-writer” best known for his contributions—both fiction and nonfiction—about the life of the American worker during the early decades of the 20th century. Born to Irish immigrants in a coal-mining camp in Moberly, Missouri, Conroy lost his father and a brother in work accidents. As a young man, he worked at different times as a railroad foreman, auto factory worker, construction worker, and secretary for the Brotherhood of Railway Carmen of America. He drew upon these searing personal experiences in his writing—and in this essay, first published in The New Masses in 1937, which looks at the hazards faced by mine workers.

What is “a groundhog,” and what is implied by the use of this name? What does the story suggest is the relation between the tragedy of the Moberly mine and the way it is reported to and received by the larger world? How do you respond to Conroy’s story? Can mining the earth ever be made completely safe?

Near the little town of Moberly
In Dear Old Missouri State
There four brave miners labored
And their lives were all at stake;
It was in the month of August
On one Tuesday afternoon
That they were all imprisoned
There within this gassy tomb.

—from “The Moberly Mine Disaster,” composed by Carl Haden and sung by him from Station WIBW, Topeka, Kan.

The lean old miners of Moberly remember the good old days when the U.M.W.A. [United Mine Workers of America] was strong and the veins of coal rich and deep, free from soapstone and sulphur. It’s hard to make a mine pay these days. Most of the rich and high veins have been gutted long ago, and in the slope mines you have to wriggle on your belly in pursuit of the dwindling streaks, pushing a low, flat car before you or dragging it behind you. Two years ago there was an attempt at a revival of the union. The deep shaft and slope diggers marched on the strip mine, intending to sign it up or close it down. But the militia was there with modern machine guns, tear gas, and trucks that could tear up and down the roads lickety-split. The miners had only pick handles and stones.

Last summer Ed Stoner opened an abandoned shaft near Moberly. He couldn’t afford the proper fans, air shafts, and so on, but the state mine inspector and his deputies, lenient fellows, knew that enforcing the safety regulations would mean the closing of most small mines. In some of the hollows nobody had seen hide nor hair of a mine inspector for years. So the groundhogs were not bothered.

Ed Stoner hired Jack McCann, Demmer Sexton, George Dameron, and another fellow to help him. They wouldn’t get rich, but they might sell enough of the coal to buy cornbread on week days, sow tits and hominy on Sundays.

The old mine was full of gas and falling in where the timbering had rotted away, but McCann and Sexton were experienced miners, knew when to jump from beneath a falling rock, could tell where the deadly pockets of white damp and black damp gas might be located. The miners did need, most of all, a barrel of water to set on the tipple, for the wheezing Buick engine used in hoisting belched sparks that lived an ominous length of time on the greasy planks. Stoner didn’t have the $1.65 required to fill the barrel, so there was no use worrying one’s head over it.

On the afternoon of August 17 the tipple caught fire and the shaft caved in with Stoner, McCann, Sexton, and Dameron entombed a hundred feet below the grass roots; the other man, who was operating the hoist, spread the alarm.

Their friends and loved ones labored
Thru the night the same as day,
Trying to move the mighty timbers
And clear the stumps away
To save the lives of their beloved ones,
This was their battle’s aim;
They knew well that those embedded
If were them would do the same.

Before another twenty-four hours had passed, thousands of people had gathered around the caved-in shaft. Many of them were experienced miners, and they set to digging in an abandoned airshaft with only a short distance to go until the main shaft could be reached. When the state mine inspector arrived, he decided it was too dangerous to dig any longer in the airshaft. The main shaft must be dug out, said the inspector, and he was giving orders, not taking them. Movie cameramen arrived, the rescuers having to stumble over them and push them out of the way. Newspapermen darted about like beetles on a mill pond. C.C.C. [Civilian Conservation Corps] boys directed traffic; the American Legion served sandwiches and coffee. Enterprising boys hawked soda pop from tubs in which chunks of ice were floating. The state mine inspector read prepared manuscripts over the radio. He posed in a tub for the benefit of the sound cameras, and told his men he was descending into perhaps deadly damps but he insisted upon taking the first risk. There was almost no chance the men below would be unearthed alive, he said.

All this time the old-timers who had flocked in with their tools from every camp within a score of miles cursed loudly and bitterly. There were muttered threats of pushing the inspector down the shaft, or at least knocking him cold so that the work might proceed without wasted time in grandstanding for the newspapers, radio, and movies.

There were dear old gray-haired mothers.
All their heads in sorrow hung,
Awaiting news from down below them
Of their own, beloved sons.
Three long days and nights they waited
Until Friday afternoon
When the rescue parties entered,
Found that two had met their doom.

A newspaper man is calling in to Kansas City over the phone line strung through the scrub-oak brush to a rural line half a mile away. The rewrite man on the other end is both sore and playful, insists upon playing knock! knock! “Aw right,” says the youth covering the mine disaster, “Who’s there? . . . Sheba who? . . . Now, listen, Ches . . . Hey!” Jiggling the receiver hook. “Hey, Ches! Get some of this color here. A truck pulling the tub up and down. Pulley on a tripod over the hole. Guess you’d call it a tripod . . . Three legs, yeah, and made of telephone poles. Yeah! Yeah! . . . Listen, grimy fiends in an inferno toiling like mad . . . Tub comes up, exhausted men step out, are quickly replaced by a new crew . . . Got it? Okay! . . . Mothers, wives, and sweethearts, clutching shawls around their throats, babies clinging to their skirts. No babies clinging to the sweethearts’ skirts? That’s what you think. Okay, for our refined readers, no babies a-holt of sweethearts’ skirts . . . Go to hell, you bastard! Maybe I ain’t pooped out, too; my tail is dragging my tracks out . . . Torches like fireflies in the brush, like a lynching scene, like a, what-ya-call-it, Walpurgee Night, look that up and check on it . . . Hey, you bastard! Hey, Ches, for Chrissakes! Okay! Okay! Who’s there? . . . Frieda who? . . . This is the last one, now. I’m gonna take my step-ins and go home, the party’s gettin’ too rough . . . Something in the air here, see? Tenseness, determination, the will of men of iron, dark men out of the womb of Mother Earth . . . Listen, Ches! Hey! Hey!” Jiggling the hook and scratching his behind . . . .

On a mound of soapstone and slag beside the shaft, movie cameramen and newspaper men and women are rolling in the gray dust, heads jerking with drowsiness. They reach for gin and cigarettes, swear piteously. There is a blonde bedraggled sob-sister snoring on the flat of her back, legs wide apart, skirts high. Every time a party of rescue workers ascend in the tub, they sweep her with a glance. The rescuers work silently but swiftly.

There is an ambulance-hearse waiting, and inside it is a pile of the brightly artificial grass used to disguise raw grave mounds. The green stuff looks queer among the blasted buck brush and scrub oaks. The dead wagon is needed for two of the men when they’re finally brought up. McCann is able to wave to the madly cheering crowd. Sexton is unconscious but alive. Stoner and Dameron have been dead since a few hours after the cave-in.

Another one had fell unconscious
Only one had stood the test
Even Spot, their faithful pony,
Lay beside them, cold in death.
And so must we all heed warning
All precautions we must take
And get right with our Dear Maker
Now before it is too late.

The people around Moberly collected about $600 for McCann, Sexton, and the widows of Stoner and Dameron. McCann spoke at a few of the small theaters, but the story was soon an old one that no one would pay a cent to hear about. Sexton and McCann have bad lungs from the gas and exposure, and the hospital bills were high. A week or so after the Moberly mine disaster, four brothers were entombed near Fulton, and all of them killed. The state mine inspector has issued a warning that all safety regulations must be strictly observed from now on. But other groundhogs are working in perilous holes in the hollows around Moberly. How in the world is a man who has been a miner all his life going to eat if he doesn’t dig coal? How are the small operators to observe the regulations? The mine inspectors are good fellows, men of understanding, and most of them have been miners at one time or other. They won’t make it too hard on a man who has to root hog or die. 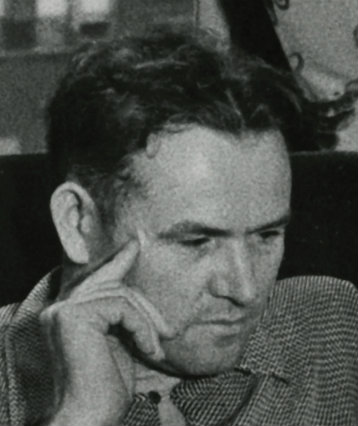