A History of Veterans Day: Its Origins and Traditions

On the morning of November 11, 1918, after four years of war, Allied and German powers met in Rethondes, France, to sign an armistice that halted the hostilities of World War I. The agreement was signed shortly after 5:00 a.m. and went into effect at the eleventh hour of the eleventh day of the eleventh month of 1918, finally bringing to an end the carnage of the Great War—the war thought by many to be the war that would end all wars.1

One year later, on the first anniversary of the armistice, President Woodrow Wilson turned the nation’s thoughts toward those who had sacrificed on America’s behalf. He proclaimed the first Armistice Day, both to honor the services of the troops and to celebrate the opportunity that victory provided for the United States to advance the cause of peace and justice in the world:

To us in America, the reflections of Armistice Day will be filled with solemn pride in the heroism of those who died in the country’s service and with gratitude for the victory, both because of the thing from which it has freed us and because of the opportunity it has given America to show her sympathy with peace and justice in the councils of the nations.

This first Armistice Day was conceived as a day to be set aside for public parades, meetings, and a two-minute suspension of all business activity at 11:00 a.m. Other countries also observed the day, with many British Commonwealth nations using the red poppy—taken from John McCrae’s poem, “In Flanders Fields” (1915)—to honor their fallen soldiers. At Armistice Day ceremonies the following year, 1920, the United Kingdom and France both established tombs of the unknown soldier, at Westminster Abbey and the Arc de Triomphe, respectively. In 1921, the United States Congress approved the creation of the country’s own tomb of the unknown soldier and set aside November 11 of that year as a federal holiday to honor all those who served in the war. At an Armistice Day ceremony officiated by President Warren G. Harding, an unidentified American soldier killed in France—“a soldier known but to God,” as the tomb’s inscription states—was laid to rest in Arlington National Cemetery. Five years later, on June 4, 1926, Congress, once again in the spirit of promoting international peace, passed a resolution that officially recognized the end of the Great War and encouraged the continued annual observance of Armistice Day:

WHEREAS the 11th of November 1918, marked the cessation of the most destructive, sanguinary, and far reaching war in human annals and the resumption by the people of the United States of peaceful relations with other nations, which we hope may never again be severed; and

WHEREAS it is fitting that the recurring anniversary of this date should be commemorated with thanksgiving and prayer and exercises designed to perpetuate peace through good will and mutual understanding between nations; and

WHEREAS the legislatures of twenty-seven of our States have already declared November 11 to be a legal holiday: Therefore be it Resolved by the Senate (the House of Representatives concurring), that the President of the United States is requested to issue a proclamation calling upon the officials to display the flag of the United States on all Government buildings on November 11 and inviting the people of the United States to observe the day in schools and churches, or other suitable places, with appropriate ceremonies of friendly relations with all other peoples.

On May 13, 1938, ironically almost on the eve of World War II, another congressional act officially established November 11 as a legal federal holiday—a day “to be dedicated to the cause of world peace and to be hereafter celebrated and known as ‘Armistice Day.’”2 With a new generation of American veterans following World War II, a national movement was started to expand the holiday’s purpose to honor all veterans, not just those who served in World War I. In 1945, Raymond Weeks, a veteran of World War II from Birmingham, Alabama, met with General Dwight D. Eisenhower to discuss the creation of a National Veterans Day, an idea Eisenhower supported. Two years later, on November 11, 1947, Weeks organized the first Veterans Day celebration in Birmingham. In 1953, citizens of Emporia, Kansas, officially re-named their Armistice Day commemoration “Veterans Day,” leading Kansas Congressman Edward H. Rees to propose legislation to change the name of the federal holiday to Veterans Day as well. On June 1, 1954, Congress amended the Act of 1938, officially renaming “Armistice Day” as “Veterans Day” and thereby expanding the recognition of the holiday to include veterans of all American wars. The first Veterans Day Proclamation was issued by President Eisenhower on October 8 of that year:

WHEREAS it has long been our custom to commemorate November 11, the anniversary of the ending of World War I, by paying tribute to the heroes of that tragic struggle and by rededicating ourselves to the cause of peace; and

WHEREAS in the intervening years the United States has been involved in two other great military conflicts, which have added millions of veterans living and dead to the honor rolls of this Nation. . . .

NOW, THEREFORE, I, DWIGHT D. EISENHOWER, President of the United States of America, do hereby call upon all of our citizens to observe Thursday, November 11, 1954, as Veterans Day. On that day let us solemnly remember the sacrifices of all those who fought so valiantly, on the seas, in the air, and on foreign shores, to preserve our heritage of freedom, and let us reconsecrate ourselves to the task of promoting an enduring peace so that their efforts shall not have been in vain.

In 1971, the Uniform Monday Holiday Act moved the national observances of four holidays—Washington’s Birthday, Memorial Day, Columbus Day, and Veterans Day—to Mondays, creating three-day weekends for each of these holidays. The change as it affected Veterans Day, however, was unpopular with many Americans, who believed that the November 11 date carried great historical significance that was inseparable from the anniversary it marked. As a result of public opposition, including forty-six states continuing to celebrate the holiday on its original date, in 1978, the national observance of Veterans Day was once again fixed to November 11. Today, the Veterans Day National Ceremony is held each year on November 11 at Arlington National Cemetery. The tradition-rich ceremony commences at 11:00 a.m. when the president (or his representative) lays a wreath at the Tomb of the Unknown Soldier and a bugler sounds “Taps.” The ceremony then continues inside the Memorial Amphitheater adjacent to the tomb, where a color guard composed of members from each of the Armed Forces and various veterans’ organizations participates in a parade of flags. Finally, it should be noted that Veterans Day remains a unique federal holiday, with a purpose distinct from that of Memorial Day. That holiday, observed on the last Monday in May, stems from the Civil War’s “Decoration Day” (when towns would decorate with flowers the graves of the fallen) and is set aside to remember and honor veterans now deceased—both those who were killed in the line of duty and those who have since passed away. Veterans Day, on the other hand, is chiefly a day to thank and recognize veterans who are still living—and, in many cases, serving.

1 The Treaty of Versailles, which officially ended the war, was not signed until the following year, on June 28, 1919. However, the armistice agreement brought an end to the fighting, and hostilities were not renewed before the peace treaty was signed. Return to text.
2 52 Stat. 351; 5 US Code, Sec. 87a. Return to text. 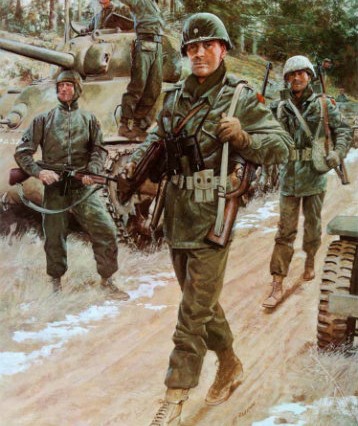