Bivouac of the Dead

Kentucky-born journalist and poet Theodore O’Hara (1820–67) was an officer in the United States Army during the Mexican-American War. After the Battle of Buena Vista (1847), he wrote this famous poem as a memorial tribute to the dead of this battle. Although O’Hara later fought for the Confederacy in the Civil War, his poem became deeply connected with the mourning of Union dead. During the Civil War, as Arlington National Cemetery was being established (1864), Quartermaster General Montgomery Meigs ordered lines from the poem inscribed on the cemetery’s gate, although without attributing them to the Southerner O’Hara.1 These lines soon graced the markers of many battlefields and cemeteries across the country. We include this moving poem especially because it invites reflection on the importance of military cemeteries as places of national memory and honor.

What is the meaning of the title of the poem? Explain how the image of the camp of the dead functions and resonates throughout the poem. Why does O’Hara personify Fame and Glory (first stanza)? Why, according to this poem, is being buried at home—and with other soldiers—so important for the dead? Can one properly memorialize those who gave their lives in battle without speaking of the cause for which they died? Follow the movement of thought and feeling through the poem. What, according to the last two stanzas, are our duties to the dead? How realistic is the ultimate promise that their glory will not fade? Can this promise be kept? If so, how?

The muffled drum’s sad roll has beat
The soldier’s last tattoo;1
No more on life’s parade shall meet
That brave and fallen few.
On Fame’s eternal camping-ground
Their silent tents are spread,
But Glory guards, with solemn round
The bivouac of the dead.

No rumor of the foe’s advance
Now swells upon the wind;
Nor troubled thought at midnight haunts
Of loved ones left behind;
No vision of the morrow’s strife
The warrior’s dream alarms;
No braying horn nor screaming fife
At dawn shall call to arms.

Their shivered2 swords are red with rust,
Their plumed heads are bowed,
Their haughty banner, trailed in dust,
Is now their martial shroud.
And plenteous funeral tears have washed
The red stains from each brow,
And the proud forms, by battle gashed
Are free from anguish now.

The neighing troop, the flashing blade,
The bugle’s stirring blast,
The charge, the dreadful cannonade,
The din and shout are past;
Nor war’s wild note, nor glory’s peal,
Shall thrill with fierce delight
Those breasts that never more may feel
The rapture of the fight.

Like the fierce northern hurricane
That sweeps the great plateau,
Flushed with the triumph yet to gain,
Came down the serried foe,
Who heard the thunder of the fray
Break o’er the field beneath,
Knew well the watchword of that day
Was “Victory or death.”

Long has the doubtful conflict raged
O’er all that stricken plain,
For never fiercer fight had waged
The vengeful blood of Spain;
And still the storm of battle blew,
Still swelled the gory tide;
Not long our stout old chieftain knew,
Such odds his strength could bide.

’Twas in that hour his stern command
Called to a martyr’s grave
The flower of his beloved land,
The nation’s flag to save.
By rivers of their fathers’ gore
His first-born laurels grew,
And well he deemed the sons would pour
Their lives for glory too.

For many a norther’s breath has swept
O’er Angostura’s plain—
And long the pitying sky has wept
Above the molding slain.
The raven’s scream, or eagle’s flight,
Or shepherd’s pensive lay,
Alone awakes each sullen height
That frowned o’er that dread fray.

Sons of the Dark and Bloody Ground,
Ye must not slumber there,
Where stranger steps and tongues resound
Along the heedless air.
Your own proud land’s heroic soil
Shall be your fitter grave;
She claims from War his richest spoil—
The ashes of her brave.

Thus ’neath their parent turf they rest,
Far from the gory field,
Borne to a Spartan mother’s breast
On many a bloody shield;
The sunshine of their native sky
Smiles sadly on them here,
And kindred eyes and hearts watch by
The heroes’ sepulcher.

Rest on embalmed and sainted dead!
Dear as the blood ye gave,
No impious footstep shall here tread
The herbage of your grave;
Nor shall your glory be forgot
While Fame her records keeps,
Or Honor points the hallowed spot
Where Valor proudly sleeps.

Yon marble minstrel’s voiceless stone
In deathless song shall tell,
When many a vanquished age has flown,
The story how ye fell;
Nor wreck, nor change, nor winter’s blight,
Nor Time’s remorseless doom,
Shall dim one ray of glory’s light
That gilds your deathless tomb. 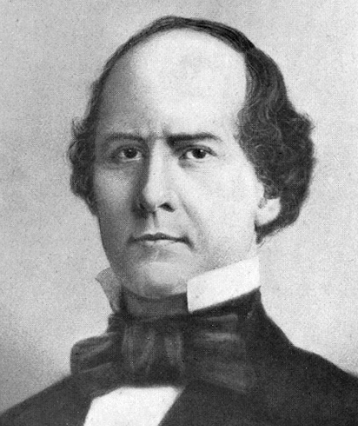