I Am an American

Elias Lieberman (1883–1969), American poet and educator, was a Russian Jew who emigrated to the United States with his family at the age of seven. After graduating from the City College of New York in 1903, he began working as an English teacher at a public school. Lieberman went on to earn his M.A. and Ph.D. from New York University, serving also as editor of Puck, The American Hebrew, and the Scholastic. He later worked for the New York Board of Education, as an associate superintendent of schools in charge of the junior high school division. His most famous poem, “I Am an American,” was published in 1916 by the popular periodical Everybody’s. The poem soon became a favorite, recited at graduation ceremonies and American Legion meetings.

The heritage and lineage of the speakers in the poem’s two verses are greatly different. Do you think the speakers are intended to be two different people or two “voices” of the same person? Which ancestry is “truer” or “more important”? What does the father mean by saying of the flag, “It is the emblem of the promised land”? By calling it “the hope of humanity”? Does the flag for a new immigrant mean the same thing as it does for the native born? Who appreciates it more? Do you think there is a necessary connection between appreciating the flag and being “an American”?

I am an American.
My father belongs to the Sons of the Revolution;
My mother, to the Colonial Dames.
One of my ancestors pitched tea overboard in Boston Harbor;
Another stood his ground with Warren;1
Another hungered with Washington at Valley Forge.
My forefathers were America in the making:
They spoke in her council halls;
They died on her battle-fields;
They commanded her ships;
They cleared her forests.
Dawns reddened and paled.
Staunch hearts of mine beat fast at each new star
In the nation’s flag.
Keen eyes of mine foresaw her greater glory:
The sweep of her seas,
The plenty of her plains,
The man-hives in her billion-wired cities.
Every drop of blood in me holds a heritage of patriotism.
I am proud of my past.
I am an American.

I am an American.
My father was an atom of dust,
My mother a straw in the wind,
To His Serene Majesty.
One of my ancestors died in the mines of Siberia;
Another was crippled for life by twenty blows of the knut;2
Another was killed defending his home during the massacres.
The history of my ancestors is a trail of blood
To the palace-gate of the Great White Czar.
But then the dream came—
The dream of America.
In the light of the Liberty torch
The atom of dust became a man
And the straw in the wind became a woman
For the first time.
“See,” said my father, pointing to the flag that fluttered near,
“That flag of stars and stripes is yours;
It is the emblem of the promised land,
It means, my son, the hope of humanity.
Live for it—die for it!”
Under the open sky of my new country I swore to do so;
And every drop of blood in me will keep that vow.
I am proud of my future.
I am an American.

1 Joseph Warren (1741–75), an American doctor and patriot who played a leading role in the American Revolution. Warren was killed in combat during the Battle of Bunker’s Hill. Return to text.
2 In imperial Russia, a whip used to inflict punishment, often causing death. Return to text. 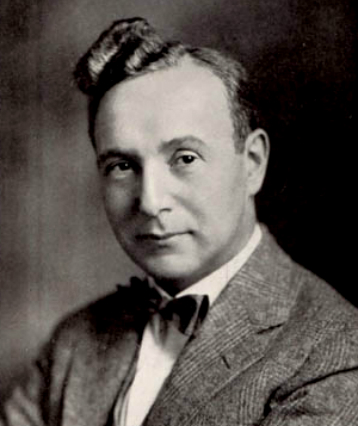