On the two hundredth anniversary of Lincoln’s birth, scholar and author Walter Berns (1919–2015) gave these remarks in Washington, DC as part of the Bradley Lecture Series hosted by the American Enterprise Institute. This speech was the culmination of decades of scholarship on Lincoln by Berns, a fellow Illinoisan who in his youth had watched Civil War veterans parade down Chicago’s streets.  How was Lincoln extraordinary, according to Berns? What situation did he confront as president? Why did he decide to go to war, and why did he continue the war? How did Lincoln “correct” the Declaration of Independence in the Gettysburg Address? How does he reattach the hearts and minds of his listeners (and readers) to this “statement of fundamental principles”? Why, according to Berns, is Lincoln’s way with words so important? Watch Leon Kass and Walter Berns discuss Lincoln.
More has been written about Abraham Lincoln than of any other president or, for that matter, any other American; the amount is prodigious: no fewer than 16,000 books and goodness knows how many journal articles. I cannot claim to have read more than a portion of this vast literature, and I very much doubt that I can say anything about Lincoln that has not already been said by someone, somewhere, sometime. Yet I am obliged to say something. What accounts for the extraordinary interest in him? Well, he was an extraordinary man; he did things ordinary men don’t do. For example, his law partner reports how, while on circuit the other lawyers, and sometimes even the circuit judge, were asleep in the room, Lincoln would lie on the floor, with a lamp, studying Euclid’s Elements, the geometry book which begins with definitions (e.g., a point is that which has no parts); followed by postulates and axioms (e.g., things which are equal to the same thing are equal to each other); leading to the propositions, two sorts of propositions, problems and theorems (e.g., describe an equilateral triangle on a given finite straight line, and in any right-angled triangle, the square which is described on the side subtending the right angle is equal to the squares described on the sides which contain the right angle). These propositions have then to be demonstrated, which is done diagrammatically, showing, in the one case, that the problem is solved, and, in the second, that the theorem is true. All very interesting, and in some respects, or for some purposes, very important. The Elements is one of the books in the Great Books curriculum; indeed, for almost two thousand years (until Descartes) Euclid was geometry—but what has it to do with the practice of law in the Illinois of the 1840s? My point is, only an unusual intellectual curiosity could have led a backwoods lawyer to pick it up and proceed to master it. Lincoln was different, and he had to know it. Imagine, if you will, what it was like for this man to live in a place like New Salem, Illinois, in the 1830s, a town without books, without civilization, without anyone like himself with whom he might want to talk. The Springfield he moved to in 1837 was not much better. Yet, in both places, something drove him to get his hands on books, not only Euclid’s geometry but history books, grammar books, Shakespeare’s books, and books of poetry. He was an avid reader of poetry, beginning with the poems of Scotland’s Robert Burns and continuing with those of England’s George Gordon, Lord Byron. He started this reading in New Salem and Springfield, and continued it in the White House, where he could get books from the Library of Congress. But what has “My Heart’s In the Highlands” to do with the relief or provisioning of Fort Sumter? And what has Byron’s “Don Juan,” pronounced here (for scanning purposes) “Don Ju-an,” what has it to do with emancipating slaves? Especially what is perhaps its best known passage: “A little still she strove, and much repented, and whispering ‘I will never consent,’ consented. . . .” What has this to do with any of the problems that crossed his White House desk? Nothing at all, of course. I mention it only because it tells us something about the sort of man he was. He also read the Bible, and seems to have been familiar with it. Burns, Byron, Bible; no one going to school with them is likely to have a tin ear. This was surely true of Lincoln. Their influence on him is evident, not in what he said, but in how he said it, in the rhythm or music of his speech. I’ll have more to say about this in due course. He was, of course, president in an extraordinary time; but so were Woodrow Wilson and Franklin D. Roosevelt. He was assassinated while in office; but so were James Garfield, William McKinley, and John F. Kennedy. Admittedly, there is something unusual or special about his assassination; there was something profoundly political about it, and he may have foreseen it; he surely had forebodings of it. For example, he had the habit of quoting these words of Shakespeare’s Richard II: “For God’s sake, let us sit upon the ground and tell sad stories of the death of kings . . . all murdered.” (From act III, scene 2.) What does one make of this? Senator Charles Sumner reports—and so does the French diplomat, the Marquis de Chambrun—that, on returning from Richmond and a visit with General Grant the day before Lee’s surrender at Appomattox, knowing that the war was effectively over, Lincoln had twice recited the following lines from Shakespeare’s Macbeth:

Duncan is in his grave;
After life’s fitful fever, he sleeps well;
Treason has done his worst; nor steel, nor poison,
Malice domestic, foreign levy, nothing
Can touch him further. (Act III, scene 2.)

Nothing in the constitution or laws of any state can destroy a right distinctly and expressly affirmed in the Constitution of the United States.

The right of property in a slave is distinctly and expressly affirmed in the Constitution of the United States.

Therefore, nothing in the constitution or laws of any state can destroy the right of property in a slave.

I close. We are not, we must not be aliens or enemies but fellow countrymen and brethren. Although passion has strained our bonds of affection too hardly they must not, I am sure they will not be broken. The mystic chords of memory which proceeding from so many battlefields and so many patriot graves pass through all the hearts and all the hearths in this broad continent of ours will yet again harmonize in their ancient music when breathed upon by the guardian angels of the nation.

And this is what Lincoln said:

I am loath to close. We are not enemies, but friends. We must not be enemies. Though passion may have strained, it must not break our bonds of affection. The mystic chords of memory, stretching from every battle-field and patriot grave to every living heart and hearthstone all over this broad land, will yet swell the chorus of the Union, when again touched, as surely they will be, by the better angels of our nature.

It is not by chance that his best and most celebrated speech was delivered on a battlefield, on the occasion of dedicating a cemetery filled with the graves of patriots. I speak, of course, of the Gettysburg Address. A prefatory statement before turning to the Address: the principles of the Constitution are set down in the Declaration of Independence, a document that appeals to the “laws of Nature and of Nature’s God, a god—arguably, at least—that reveals himself not in the Bible but in the “book of nature,” the book readable in our day by astrophysicists and in those days by the Enlightenment philosophers and their students, such as Thomas Jefferson. What Lincoln did at Gettysburg was to make something else of the Declaration: a statement of fundamental principles—“our ancient faith,” as he put it—to which we were attached not only with our minds, but with our hearts. It is brief, a mere 272 words, and could not have taken much more than five minutes to deliver. In its central passage, Lincoln says, “The world will little note, nor long remember what we say here, but it can never forget what they did here.” Well, what little do we remember? We remember he said that this nation was founded in 1776 with the Declaration of Independence and its principles. We remember this because of the unusual way he said it. Not eighty-seven years ago, but “four score and seven.” His Bible-reading audience assembled there (and afterwards) would surely have remembered what he said because, in what he said, they would have heard echoes of the Ninetieth Psalm, where the psalmist says, “three score and ten,” our years on this earth, and “four score” if we’re healthy. They would not have known that the principles we declared in 1776 had their wellspring not in the Bible, but in the second of John Locke’s Two Treatises of Government, and that Locke’s connection with us is confirmed by the fact that his words are—although without attribution—three times quoted in our Declaration; they would not be told this because our association-one-with-another is supposed to be something more exalted than a Lockean contract entered into by antisocial individuals seeking only to secure their private rights. (Did Lincoln not speak of us as friends?) They might instead, because of the implied association with the Bible, as well as Lincoln’s designation of the Founders as “our Fathers”—who art in heaven? —they might also have thought—as they probably were expected to think—that our founding, if not sacred, was surely not profane. They (his Bible-reading audience) might also have thought this because—and this, too, we remember—Lincoln goes on to say, after suggesting that the nation so founded might not long endures, that the brave men, living and dead, who struggled on this ground, this battlefield, had “consecrated” it better than he or anyone else could. Consecrated? Had made it sacred, a battlefield? As if they—presumably the Union soldiers—were fighting for the Lord? No, but their cause was great and noble. We also remember Lincoln saying that their work was “unfinished,” and that we, the living, should highly resolve that these dead shall not have died in vain and that this nation, “under God, shall have a new birth of freedom,” and that government of, by, and for the people shall not perish from the earth. What little do we remember? In a word, and despite what he said, we remember everything he said, and we remember it because he took great pains to say it beautifully, to the end that we remember it. We also remember his Second Inaugural Address, especially the concluding paragraph—the poignant beauty of it:

With malice toward none; with charity for all; with firmness in the right, as God gives us to see the right, let us strive on to finish the work we are in; to bind up the nation’s wounds; to care for him who shall have borne the battle, and for his widow, and his orphan—to do all which may achieve and cherish a just, and a lasting peace, among ourselves, and with all nations.

Six weeks later he was murdered. We say that a man can be known by the company he keeps. So I say that a nation, a people, can be known and be judged by its heroes, by whom it honors above all others. We pay ourselves the greatest compliment when we say that Abraham Lincoln is that man for us. Return to The Meaning of Abraham Lincoln’s Birthday. 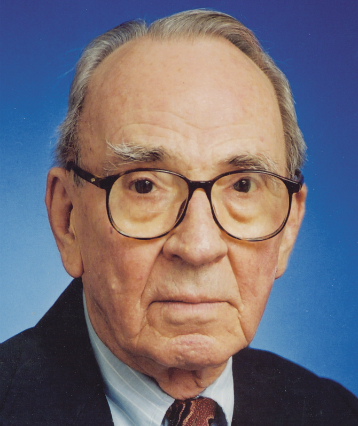