On May 3, 1944, with the United States already deeply engaged in World War II and preparing quietly for the next month’s Normandy invasion that would turn the tide of war in Europe, President Franklin D. Roosevelt (1882–1945) issued this proclamation for the observance of Flag Day on June 14, 1944. His thoughts about the day and about the flag deserve to be compared to those of President Woodrow Wilson before him and to those of Presidents Ronald Reagan and George W. Bush after him.

What new meanings does Roosevelt ascribe to the American flag? How is that meaning expressed in the larger world? How can the same flag be “a flag of battles” and “a flag of peace”? Are there times when the flag, to be a flag of peace, must first be a flag of battles? When Roosevelt calls for displaying our flag with “the flags of all the United Nations which fight beside us,” does he see the American flag—and the republic for which it stands—as unique or as one among many flags and nations?

For many years June 14 has been set aside as Flag Day, observed throughout the Nation as a day of earnest rededication to those high principles of humanity and civilization which constitute the foundations of the Republic.

It is not necessary to recite that the stars and stripes of our flag symbolize the patriotic and loyal unity of one hundred and thirty-five million people in a widely diversified land. Nor is it necessary to dwell on the struggles through which we have marched, under that flag, to our present great part in the world’s affairs. What we are, and what we do, speak of those things far more eloquently than any words.

Ours is a flag of battles. On the ships of our Navy, in the vanguard of our soldiers and marines, it is carrying liberation and succor into stricken lands. It is carrying our message of promise and freedom into all corners of the world.

Let us then display our flag proudly, knowing that it symbolizes the strong and constructive ideals—the democratic ideals—which we oppose to the evil of our enemies. Let us display our flag, and the flags of all the United Nations which fight beside us, to symbolize our joint brotherhood, our joint dedication, under God, to the cause of unity and the freedom of men.

Now, therefore, I, Franklin D. Roosevelt, President of the United States of America, do hereby ask that on Flag Day, June 14, 1944, the people of our Nation honor especially the members of the armed forces—men and women equally—whose unfaltering devotion to our national ideals has given the Nation’s flag a new and hopeful meaning for those struggling against oppression in lands still held by our enemies.

I direct the officials of the Federal government and I request the officials of the State and local governments to have our colors displayed on all public buildings on Flag Day, and I urge the people of the United States on that day to fly the American flag from their homes, and to arrange, where feasible, for joint displays of the emblems of the freedom-loving United Nations without whose staunch collaboration we could not have hoped for victory. 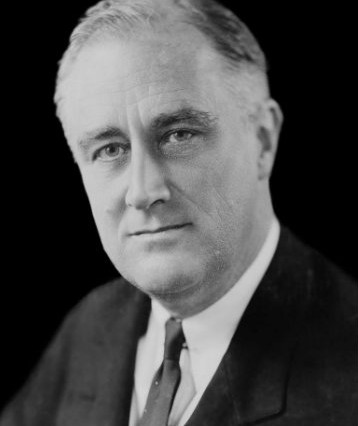