Born to a Russian Jewish family, Louis “Studs” Terkel (1912–2008) grew up meeting people from all walks of life at his parents’ boarding house in Chicago. After graduating from the University of Chicago Law School in 1934, Terkel worked a series of odd jobs before getting his start in radio as a member of the Work Progress Administration’s Federal Writers’ Project. Beginning in 1952, he hosted a long-running radio program in Chicago for which he conducted daily interviews. In 1957, Terkel published his first book—a collection of interviews and stories about the Jazz Age—and followed with a series of oral histories about America, including accounts of the Depression, World War II, race relations, the American dream, and aging. Working: People Talk about What They Do All Day and How They Feel about What They Do, from which this excerpted selection is drawn, was an immediate bestseller when it was first published (1974).

In this excerpt, Carl Murray Bates, a stonemason, reflects on the lasting impact of his work. From what in his work does Mr. Bates derive satisfaction? What other kinds of work, besides building with stone, offer similar satisfactions? Would you like to have a job in which “a year later . . . you don’t know what you’ve done”? What is Mr. Bates talking about when he mentions “immortality as far as we’re concerned”? What has work to do with “immortality”?

There’s not a house in this country that I haven’t built that I don’t look at every time I go by. (Laughs.) I can set here now and actually in my mind see so many that you wouldn’t believe. If there’s one stone in there crooked, I know where it’s at and I’ll never forget it. Maybe thirty years, I’ll know a place where I should have took that stone out and redone it but I didn’t. I still notice it. The people who live there might not notice it, but I notice it. I never pass that house that I don’t think of it. I’ve got one house in mind right now. (Laughs.) That’s the work of my hands. ’Cause you see, stone, you don’t prepaint it, you don’t camouflage it. It’s there, just like I left it forty years ago.

I can’t imagine a job where you go home and maybe go by a year later and you don’t know what you’ve done. My work, I can see what I did the first day I started. All my work is set right out there in the open and I can look at it as I go by. It’s something I can see the rest of my life. Forty years ago, the first blocks I ever laid in my life, when I was seventeen years old. I never go through Eureka—a little town down there on the river—that I don’t look thataway. It’s always there.

Immortality as far as we’re concerned. Nothin’ in this world lasts forever, but did you know that stone—Bedford limestone, they claim—deteriorates one-sixteenth of an inch every hundred years? And it’s around four or five inches for a house. So that’s gettin’ awful close. (Laughs.) 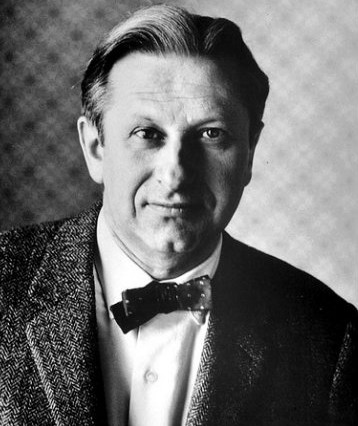