Reading: “The Man That Corrupted Hadleyburg” By Mark Twain

Materials Included | Begin by reading Mark Twain’s “The Man That Corrupted Hadleyburg” on our site or in your copy of What So Proudly We Hail.

Materials for this guide include background information about the author and discussion questions to enhance your understanding and stimulate conversation about the story. In addition, the guide includes a series of short video discussions about the story, conducted by David Brooks (The New York Times) with the editors of the anthology. These seminars help capture the experience of high-level discourse as participants interact and elicit meaning from a classic American text. These videos are meant to raise additional questions and augment discussion, not replace it.

Mark Twain (born Samuel Langhorne Clemens, 1835-1910) is well known as a humorist and satirist. But like many satirists, he had serious things in view. Writing in the latter part of the nineteenth century, as the so-called “robber barons”—the giants of the steel and oil industries, including Carnegie, Vanderbilt, and Rockefeller—were growing their monopolies, and as the railroads and national wire services were literally forging one nation out of our many communities, the character of our emergent national life was much on Twain’s mind. It was Twain who coined the phrase “the Gilded Age” to describe this period of American history (from the 1860s through the 1890s)—though Twain himself was a big (but not always successful) speculator in financial markets. Twain was also concerned with the growing power of public opinion and the conformity and hypocrisy that it might cause. All these themes are present in “The Man That Corrupted Hadleyburg” (1899), regarded by many as Twain’s most successful fiction after his two celebrated novels, Tom Sawyer and The Adventures of Huckleberry Finn. 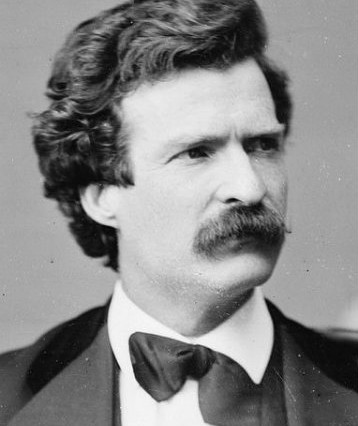 The town of Hadleyburg, known for its honesty and incorruptibility, somehow offends a stranger, “the man” of the title. Bent on revenge, the man hatches a plan that will punish the entire town and expose the hollowness of its proud claim to virtue.

He deposits a sack of gold coins, allegedly worth $40,000, at the home of Edward Richards, one the town’s best citizens. In a note affixed to it, he describes himself as a reformed gambler who wishes to reward the Hadleyburg citizen who once did him a great kindness and who gave him the good advice that changed his life. The note also provides the test: whoever can remember what he said to the stranger (the remark is sealed in an envelope inside the sack) should receive the reward.

Mr. Richards assumes, as do all Hadleyburgians, that only Barclay Goodson, a man now deceased, would have done a good deed to a passing stranger. But he resists the temptation to keep the sack for himself and elects to pursue the matter publicly. A note is published in the local newspaper inviting the person in question to submit his remarks in writing to the Rev. Mr. Burgess, who will announce the name of the winner at a town hall meeting a month hence. Thanks to national publicity given to it by the Associated Press, the incorruptible reputation of Hadleyburg—as well as its own civic pride—quickly reaches an all-time high. But not for long.

The town’s “wild intoxication” (15) soon gives way to general moodiness and absent-mindedness, as each of its citizens in turn tries to guess the remark that Barclay Goodson might have made. But moods soon change again, en masse, when each one of the town’s nineteen most notable families receives an identical letter, from one Howard L. Stephenson, passing on to them the remark that Goodson had made to the stranger, and which he is sending to them because Goodson had once singled them out as “having done him a very great service” (17). Like the “caste-brothers” they are said to be, each household has the same response: each husband struggles to invent an account of the great service he might have once bestowed on Goodson, while his wife fantasizes about spending the money in ever wilder and more foolish “future squanderings” (22). By the time the town hall meeting is held, Rev. Burgess finds himself in possession of nineteen submitted answers.

A huge crowd of over five hundred packs the town hall. As Burgess prepares to announce the name on the first claim, each of the nineteen quietly rehearses the humble acceptance speech he is about to make. But as the notes are read in turn and compared with the original, pandemonium erupts as each of the nineteen but one is proved guilty of lying, or “humbug.” In return for a kindness he once showed him, Burgess suppressed Edward Richards’s note, and he and his wife become heroes. The sack is opened, and its contents turn out to be worthless gilded disks of lead. Still, to reward the Richardses, a decision is made to auction off the worthless coins and give them the money thus raised. To increase the bidding, a stranger in the crowd—“the man”?—noticing that none of the exposed eighteen are participating, draws them in by entering the bidding himself. He wins the sack for $1,282 but contrives a scheme that enables him to sell the sack for $40,000, the original estimate of its worth. Surprised by the existence of one honest man in Hadleyburg, he gives the lump sum to the Richardses as a reward.

But, alas, Mr. and Mrs. Richards, at first relieved and even pleased by the turn of events, soon become distraught, filled with guilt and fear of exposure. Mr. Richards falls ill and dies shortly thereafter. But before he dies, he insists on exposing himself and Burgess’s cover-up. His wife dies shortly thereafter. Hadleyburg, with its reputation irreparably damaged, decides to rename itself and to change its motto from “Lead Us Not Into Temptation” to “Lead Us Into Temptation.” The story ends with the claim, “It is an honest town once more, and the man will have to rise early that catches it napping again” (50).

Given Twain’s known penchant for irony, comedy, and satire, some readers have seen this story as a replay of the Garden of Eden story—recounting the Fall of Hadleyburg, the innocent or virtuous “city on a hill”—and see the source of its corruption—the “Man” of its title—as the incarnation of Satan. In fact, in his hilarious autobiography, Twain himself encourages such a reading. “I have always felt friendly toward Satan,” he confesses. He reports how, as a seven year old, he thought to write a biography of Satan, a project Mr. Barclay, his Sunday School teacher, nipped in the bud. But Twain often returned to this subject in stories such as “Letters to Satan,” “Sold to Satan,” “A Humane World for Satan,” “That Day in Eden,” and “The Mysterious Stranger.” Others, however, see this as a story about an already corrupt human nature, in which people merely reveal their lack of integrity just as soon as temptation is at hand or when countervailing forces are absent. Consider, in this regard, that the plot begins only after Barclay Goodson (“God’s son”) dies and that the sack of gold is placed in the hands of Edward Richards (“son of riches”). To figure out which view, if either, is most plausible, we need carefully to consider the evidence.

WATCH: What is the town of Hadleyburg and its residents like?

WATCH: Who is “the man,” and what does he represent? 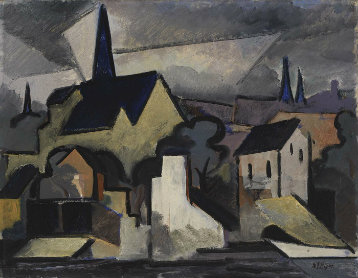 The story invites questions about a number of interesting themes important for thinking about the meaning of America: the virtues (real and apparent) of civic life; civic pride; the desire for gain and the commercial spirit; the strengths and weaknesses of religious belief; the power of public opinion, especially in democratic societies and democratic times; the treatment of strangers (and nonconformists); honesty, dishonesty, and hypocrisy; and the role of humor in the education of citizens. Here are a few worth your attention.

WATCH: Is the town of Hadleyburg—with its pride in honest dealings and commercial spirit—representative of America?

B. Love of Money and Religion

For these questions, consider the story in conjunction with Federalist 10.

WATCH: What is the status of religion in the town of Hadleyburg?

WATCH: Why do the residents of Hadleyburg change the town's motto?

For these questions, consider the story in conjunction with the Tocqueville passage below and Federalist 10.

In his Democracy in America, in the chapter on “The Principal Source of Belief among Democratic Nations,” Alexis de Tocqueville helps us understand the power of public opinion in the age of equality and individualism:

The nearer the citizens are drawn to  . . . an equal and similar condition, the less prone does each man become to place implicit faith in a certain man or a certain class of men. But his readiness to believe the multitude increases, and opinion is more than ever mistress of the world. Not only is common opinion the only guide which private judgment retains amongst a democratic people, but amongst such a people it possesses a power infinitely beyond what it has elsewhere. At periods of equality men have no faith in one another, by reason of their common resemblance; but this very resemblance gives them almost unbounded confidence in the judgment of the public; for it would not seem probable, as they are all endowed with equal means of judging, but that the greater truth should go with the greater number.

As Twain’s story makes evident, the rule of public opinion can easily lead to prideful pretentiousness and the tyranny of the majority.

WATCH: What is the role of public opinion in Hadleyburg?

Twain’s remedy for the foibles of America—or of America in the Gilded Age—seems to be laughter. He turns his biting wit against the commercial spirit, religion, and the narrowness and pretentiousness of small-town America—and we all laugh with him. But we should also consider the significance of (his) humor for civic life and its possible improvement. 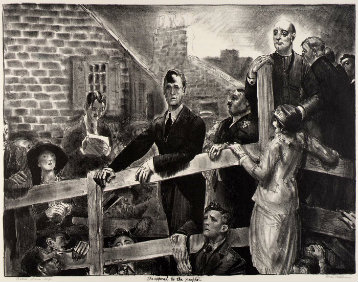 Continue on to The Meaning of America - Sesssion 5: Freedom and Religion